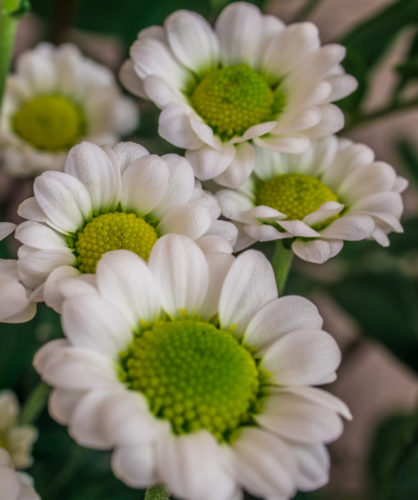 Scamp was out this afternoon with Isobel and June (a girls afternoon out) at Cumbersheugh Theatre to see Sister Act. I volunteered to be driver. I’ve tried to park at the theatre many times before and know just how stupid people are. Today the stupid ones stayed at home it was the apprentice stupids who were out driving. As if it wasn’t bad enough having to manoeuvre around a bus, an actual bus in this tiny excuse for a carpark, there were holes with a crowd of potholers complete with ropes and crash helmets waiting to investigate them. As if this wasn’t bad enough, one woman decided it would be good to go round the one way system the wrong way. When she was eventually discouraged from this suicidal move, the bus driver decided it was time to get back out, so we had to wait while he drove down the single track road avoiding more potholes and drivers coming the opposite way. Actually, the bus was a godsend because it cleared a path for the rest of us to get out of this disaster waiting to happen.

I just went home and painted a couple of apples, read a few pages in my latest book and browsed the InterWeb for holidays somewhere warm and dry without potholes. All too soon it was time to pick the ladies up. Thankfully Scamp suggested I wait five or ten minutes for the majority of the dodgem drivers to get out before I made my bid. Before I left the house I ordered a curry from Bombay Dreams, intending to pick it up when we were on our way home after dropping off the others.

Bombay Dreams usually produces lovely food. Today was an exception. The curries were ready and waiting for us when we arrived, but were cooling considerably sitting next to the front door. Naan bread was dead by the time we got to it and although the pakora tasted fresh, the curries were disappointing. It was maybe just a bad day or a new chef, but you’re only as good as your last meal in this game.

PoD was cut flowers. Not the most inspiring photo I’ve ever taken, but it was ok.

We watched Zootropolis to brighten our evening. It was a film Scamp had recorded at Christmas and was head and shoulders away from the junk that was being offered on a Saturday night by any of the terrestrial channels.

Hoping to go dancing to a new venue tomorrow.