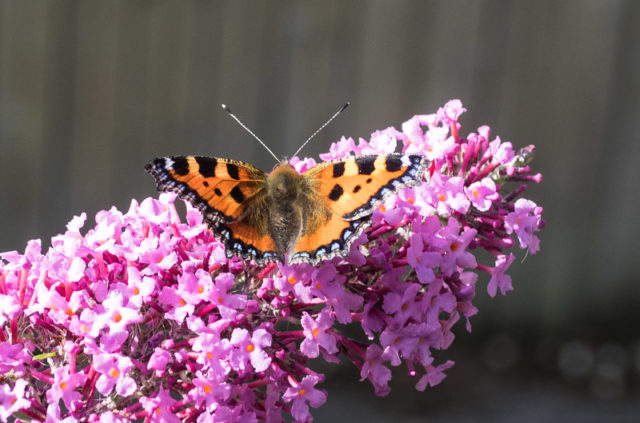 Dancing and butterflies, but not at the same time.

The day started with an attempt at making buttonholes. Not as easy as it seems and with the sweet, sweet voice of the oriental tutor from the Brother DVD ringing in my ears, it was mystifying. Eventually I found the secret, sneakily hidden away in another part of the tutorial. It was simply a case of trial and error to find the correct stitch length. After that we were “cooking with gas”. By the time I’d sussed it out, it was time to dress properly (Shorts are not deemed suitable for ballroom dancing) and drive in to Glasgow to dance. BTW, if all this stitchery talk is becoming boring, fear not. The end is in sight.

Glasgow was steaming, not to be confused with steamin’, that’s a totally different thing. The heat was unbearable and the humidity was as high as I’ve ever seen it. And we were going down to an airless dungeon to dance! Right, that makes sense. I don’t know if the heat and humidity had frazzled our brains, but we couldn’t put a foot right in Jive, but we fitted a few of the moves together to Anne Marie’s satisfaction. Even better, there was a fan in the room and that did help to cool things down. Quickstep was fairly good until AM decided we needed stretched a bit and taught us the new part of the routine called Swivel ’n’ Pivot. We were a disaster. However after a load of clipped heels and stood-upon toes we were getting the basics. Even tonight with the settees pushed back and the living room turned into a dance floor, we were struggling with it and beginning, just beginning to get it connected up with the normal Quick, Quick, Slow. Not there yet, but seeing the light at the end of the tunnel.

Back home we decided not to go to Salsa tonight. Reasons were it was hot still. There are usually too many men, so I have to sit out. It’s a forty minute round trip for an hour of a class that’s well below our level. Scamp offered to make dinner which was Fish Fingers, Egg ’n’ Chips. What’s not to like? While she was making it a flicker on my flowering buddleia bush caught my eye. It was a butterfly, a Small Tortoiseshell as it turned out, but a BUTTERFLY on MY BUDDLEIA. This might not be a great occurrence to most folk, but I’ve been carefully tending, pruning and feeding a buddleia for years and years and it finally deigns to flower some time in October when all the butterflies have gone. The woman at the garden centre where I got the one that’s flowering now gave me this advice. “Dig a hole, put it in, water it and leave it.” That’s what I’ve been doing wrong all this time, being too kind to it. At least now I know. The butterfly on the buddleia made PoD.

Tomorrow we’re hoping to go to the Merchant City Festival in Glasgow in the afternoon.