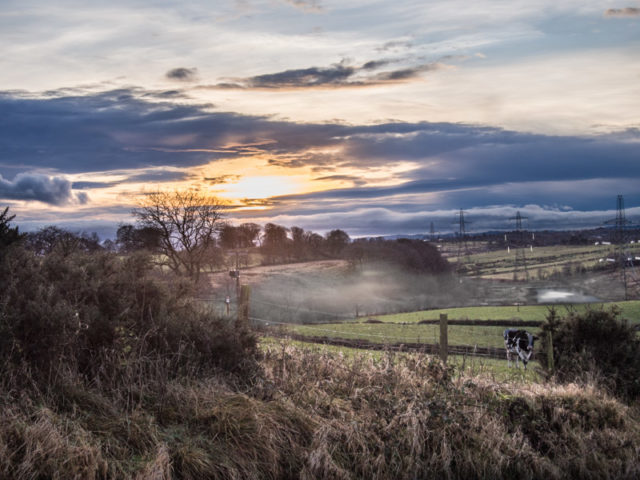 Today revolved around Coffee and Salsa. I also managed a few moments to take a some photos and a few hours to edit them into some semblance of a landscape. That’s what computers do in this house, well, my computer anyway.

<RANT>
The day started with an email from the developer of a piece of software I am presently evaluating asking for a couple of files and more information about a problem I’m having with it. It’s the second problem I’ve had. The first problem was simply fixed with an update, but the update seems to have caused the second problem. Those who work in problem solving will understand this as a daily situation One Step Forwards, Two Steps Back. However, this software is being sold as a full price item just now and it patently hasn’t been tested properly. Don’t these people beta test before taking folk’s hard earned cash? Or, are the first users expected to, not only pay for the software, but also beta test as they go? Then when all the bugs have been squished the company feels obliged to issue an updated version which said customers will have to shell out more money to own. It’s companies with attitudes like this that encourage piracy. Anyway, I tried to send the files he asked for, but as they amounted to just over 280MB, they would have broken the Internet, so he got a couple of smaller files that still exhibited the problem. I don’t think I’ll be buying the software because it doesn’t do anything that my present editor Lightroom can do anyway. Don’t get me started on Lightroom and Adobe who make it, though. That’s another can of worms!
</RANT>

After all that technospeak and computery stuff I made a couple of CDs of music I’d found on my old HP computer. The most interesting, but very Lo Fi, music was from 1991 and was of Frank Zappa being given the chance to be a DJ on Radio 1. I do not know whose it was, but whoever it was, was taking a big chance. Two other things I’d taped from the radio were of Nicky Campbell interviewing Mr Zappa and are extremely thought provoking. Anyone who thought that Zappa was just an airhead would be amazed at the logical arguments this man put forth on radio. It appears that at the time he was considering running for president. Who would you rather have as president? An absolutely out-of-his-box airhead or Frank Zappa. I’d go for Zappa every time. Better hair and he can play guitar.

The CDs were for Val and Fred. Our last coffee meeting before Christmas and probably the New Year. It was an interesting meeting with sketches reviewed, books and CDs exchanged. Arguments argued and laughs laughed. A brilliant way to spend a Wednesday afternoon. On the way home I grabbed those few minutes to take some photos of the sunset from the top of the Whinedge Brae above Mollinsburn. When I got them home, the hours of tweaking and massaging them into some form of acceptable landscape began. I think that’s when I realised that Lightroom is Lightyears ahead of the new program (Picktorial). It did exactly what was needed with the minimum of fuss. It’s not got all the bells and whistles, but it produces the goods. A time will come when I will need to leave it behind, but not yet.

Went to Salsa to find that Jamie G was not in the building, he was off ‘darn sarf’ somewhere. Class was being taken by Irene who is quite good, but seriously lacks confidence and some young guy who can dance, but it years behind Scamp, Roy or I in experience or range of moves. We stayed to help out, but thankfully made an excuse and took off after the class finished. Leaving the pair to teach the next class themselves.

Tomorrow we may go out to lunch, but not anywhere near shops.