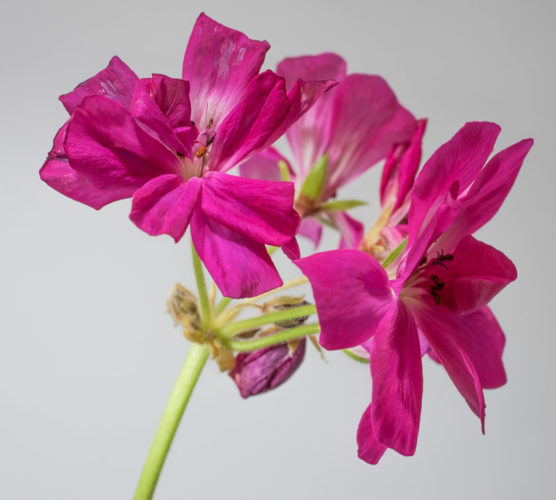 You can’t beat the auld guys for cynicism. Don’t even try.

Out in the morning to get some chicken for tonight’s dinner, some chilli for an, as yet undisclosed, purpose and some photo paper to make a calendar for the three auld guys. Then it was down to work printing them and fitting them into their combs. Halfway through the second calendar, the printer took a ‘wee flaky’ in other words, it ejected a sheet of unprinted paper and started flashing all the lights it had at its disposal. I swore at it and that didn’t help. I switched it off and back on again and that didn’t help either. Finally I resorted to the Val technique and switched it off, counted to 10 and switched it on again. That’s supposed to flush the printer’s capacitors and return it to something like factory settings. It worked. My technique would have worked too, but Scamp doesn’t like me kicking things. She says it does more harm than good. I say it doesn’t as long as you’ve got good strong boots on. We agree to disagree on that (but it would have worked). Calendars printed and assembled and in their bags, I headed out to pick up Colin. Scamp was an hour ahead of me, going to the same coffee place, going to meet Annette.

Picked up Colin at his house. He’s not too keen on driving except in bright sunshine because he needs a cataract op which should have been done a week ago, but was postponed until next week. I assured him it was nothing to worry about and everything would be so much brighter after that.

Val was buying the coffees when we arrived and Scamp with Annette were sitting just behind us, so I was on my best behaviour for a while. Topics under discussion today were The Who’s new album, Val’s Raspberry Pi adventures, The Young Royals and finally Mr Trump. We did go over other old ground, but that’s quite usual for us. Nostalgia is not what it used to be. Finally when we were all talked out we went our separate ways with me thinking “Is this the beginning of the end of the Auld Guys?” Have we talked ourselves out and need a rest for a while. Or do we just need to find a new outlet, or even a new coffee shop. Maybe next time we should adjourn to Tim Hortons to see if a change of scenery helps.

Drove back through the gathering gloom and that was only around 3pm. Daylight is at a premium in these dark January days. Hadn’t even taken the camera out of the bag today and on the way back from Colin’s, the rain started in earnest. By the time I reached home it had turned into sleet. Isn’t Scotland a lovely place at times?

PoD is of one of Scamp’s geraniums that sit flowering through the winter gloom on the bedroom window sill. This one is really past its best and should be having a rest, but it doesn’t seem to know how.

Tomorrow Scamp is out first for coffee with Isobel and I’m out next to go to the dentist for my six monthly checkup. Anything else is a bonus. Hoping for some free photons to light the scenery.