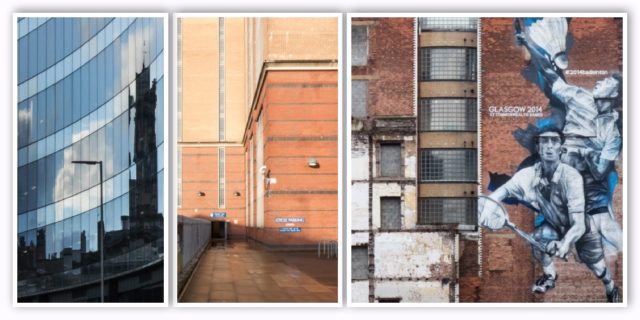 Today we went in to Glasgow and learned more waltz steps in half an hour than we ever learned in all the Hamilton classes years ago. We’ve done Box Steps, Whisks and even Wings today.  I’m not saying we are perfect in our stepping, but the basics are there.  The jive class? Not so successful, but I managed to keep in time most of the time and you can’t expect much more than that from me, the Two Left Feet man. I think that’s what it is. I’m having problems getting my feet to move properly. Salsa is such a lazy dance for the leader. The footwork is very simple and most of the time, repetitive. In salsa it’s the hands that do most of the work. The feet just mark time and help you get out of the follower’s way. We’ll stick at the new stuff and hopefully with a bit more practise at home I’ll be able to coax these feet into doing what my head tells them to. I’ve got two weeks to get my act together because there is no class next week unfortunately.

After a coffee and a discussion on our thoughts of the class, then a walk round CassArt we went home to rest for a couple of hours before we were out again for salsa. Three dance types in one day. We had to drive through terrible traffic tonight which meant I was in an equally terrible mood, mainly because I’d noticed yesterday that Rangers were playing at home against Aberdeen. That meant the motorway would become a car park. I’d told Scamp that we really needed to leave early for tonight’s class, but we still left at our usual time and joined the car park near the Royal Infirmary. From there it was just a case of switching lanes to the fastest one and then switching back when it slowed down too. We did get to the west end about 15 minutes later than a normal night, but both of us were in a foul mood, each blaming the other. Salsa sorted that out and we came out with smiles on our faces.  We always do.

Today’s photos were taken walking back from the earlier dancing. PoD was the shot of the badminton murial (yes, I know it’s a mural, but I like to think of it as a ‘Murial’ – My blog, my rules!)

Tomorrow we’ll aim to be calmer. Scamp is going to get tuition on the machines of torture in the gym and I’m hoping to cover another piece of corrugated cardboard in paint (maybe oil paint this time). That’s after we retrieve our shiny new green and brown bins which should be getting emptied for the first time tomorrow.  Such excitement!