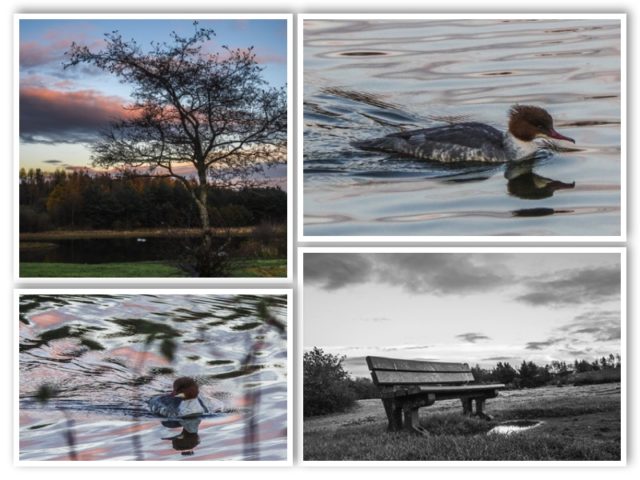 A day that started out looking like it might just be ok, but gradually slipped down into dull, drab and dreich.  Did you notice that ‘dreich’ is one of those words that buck the trend of “I before E except after C”?  Of course if you’re reading this as a translation into a different language from English, you will be thinking “What??”

We toyed with the idea of driving in to Glasgow or to Stirling.  Neither of us wanted anything in either place, but we felt the need to go out, despite the dullness outside.  We finally chose Stirling as our destination.  It wasn’t a great choice although there was a Farmers’ Market in the town or should I say ‘City’ as it got that as a prezzy from Mrs McQueen in 2002.  If you’re reading this, Mrs McQueen, go on, make Cumbernauld a city.  Just for a laugh.
Other than the market where I got some venison and Scamp got an Arbroath Smokie,  (Don’t know what it is?  Google it.) there wasn’t much to do in Stirling.  Couldn’t get a coffee anywhere, so we came home and dropped in at Milano for a late lunch instead.  They actually do a pretty good pizza, not as good as Paesano in Glasgow.

When we got home there was just enough light to grab a few shots in St Mo’s.  Spotted a pair of Goosanders in the pond.  Don’t ever remember seeing them there before and liked the way they cruised through the ripples and the reflections of the sunset colours.

I don’t know why I called this ‘dreich’ or mentioned Goosanders, but it just triggered a déjà vu in my head.  It happens quite often to me and I hate it.