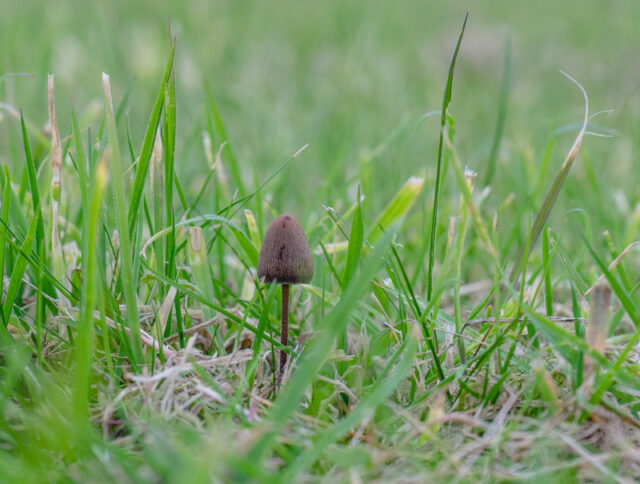 Not the brightest of days. I think you feel it worse after two really bright ones!

Didn’t do much today at all. Scamp walked down to the shops in the early afternoon and after that I took the new toy out for a walk around St Mo’s. This was about 4pm and you could feel that the light was disappearing fast. The best shot I got was of this tiny wee toadstool among the grass of the school football park and that made PoD. That was it. It felt so wrong after three days of good weather. Unfortunately it looks like it’s set to get even worse next week, or so the weather fairies say. 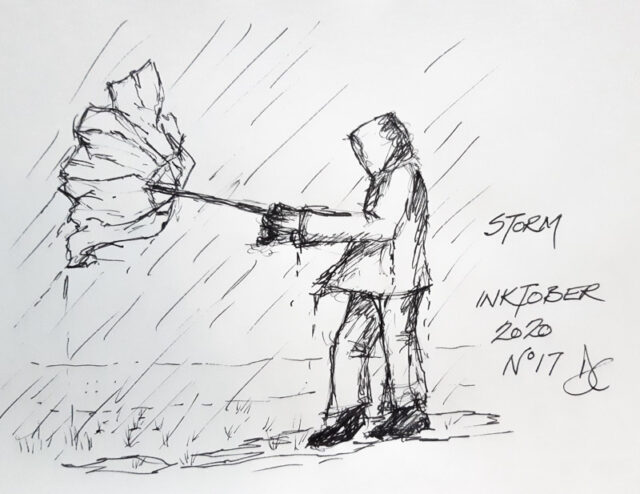 Prompt for today was Storm. Not the easiest thing to translate into a sketch. Of course I could have drawn wind blown yachts or crashing waves, but that’s what everyone else would be doing. Where ’s the fun in that?

Watched a tedious Strictly intro that lasted for hours, or so it seemed. I think they should give it a rest for a year or so.

Here endeth the musings of Zog for today.

Hopefully we’ll get out somewhere tomorrow, even if it is dull.