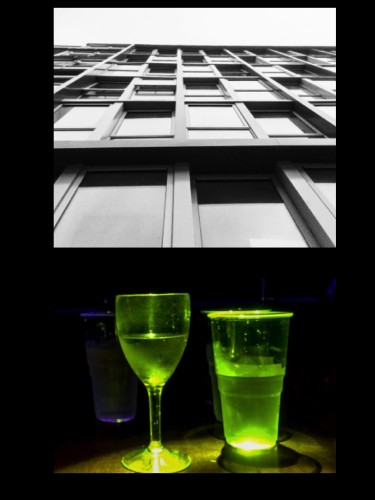 Sometimes when we come out of the salsa social on a Sunday, I feel it’s a duty done. Scamp usually wants to go to The Garage to the Sunday Social and I don’t usually mind. Today when we came out, I was buzzing and could have stayed until closing time. Yes, I’d have been knackered and yes I’d have been starving, but I don’t think I’d have minded. Apparently it’s all to do with Endorphins. If you haven’t heard of them, I’m told they are little smiley faces that bubble round your bloodstream and do happy things. You can read all about them on Wikipedia if you aren’t a sciency type like me. What they don’t tell you on the revered Wikipedia is that the little endorphins like dancing, especially salsa dancing and that’s why I was feeling much better coming out of The Garage than I did when I went in.

Made the rest of the pakora when we got home and although the chicken stuff was ok, the veggy pakora was much too thick and stodgy. Version 2 will be better when I get round to making it.

It’s been a dismal day with constant rain. The temperature is supposed to drop considerably over the next couple of days with ice and snow forecast. Much nicer than constant rain.