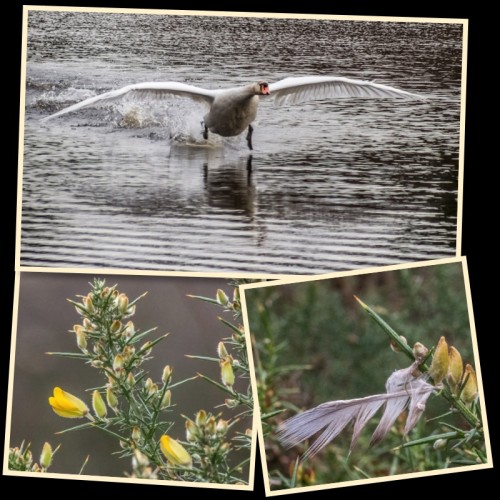 Stirling in the rain is like anywhere else in the rain, it’s a bit dismal. We’d only come here because we couldn’t face going to Glasgow again, we’d been to Embra yesterday and let’s face it Hamilton, Airdrie and Motherwell are pretty depressing. Not as depressing as Cumbersheugh, but nowhere is really. We couldn’t be bothered going far, but wanted to get out the house for a while and Stirling would be better than anywhere else within the 30 mile limit we’d kind of set.

When we got to Stirling the rain actually stopped for a while. Did some shopping, Scamp got some Euros to celebrate Big Davie Cameron’s Battle for Britain. Nah, she got them for going to a sunny place next week. I’m not going, I’m not invited. This is a girls only do. I’m going to stay home and paint and maybe fix the battery in the Mac Book Pro. I might even go out a run in the car, but not to Stirling and not in the rain.

There was a break in the clouds when we got home and I ventured out to St Mo’s to get some foties. Got soaked on the way back, but that was ok because I had a few shots in the bag. Well, to be pedantic, the photos were on the card, in the camera which was in the bag.

Made chicken and prawn pasta with rocket pesto, and made it better than that tasteless Brown’s concoction. If they want my recipe I’ll sell it to them. Had a first attempt at chicken pakora tonight. It tasted ok, even Scamp agreed. Maybe veggy pakora tomorrow, but deep frying in a wok on a gas hob is a bit scary.