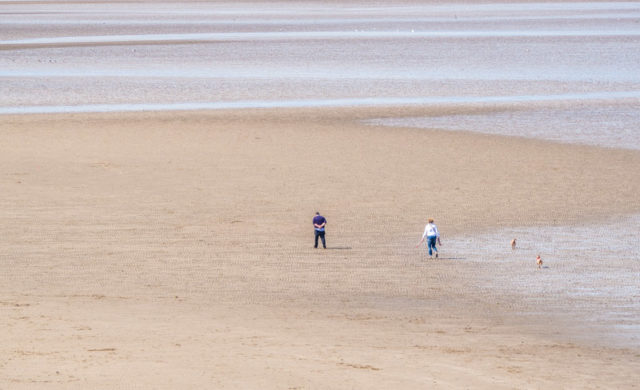 The forecast for today was good, so we headed off this morning to South Queensferry.

Unfortunately, the rest of the Western world had also decided that today was the perfect day to go to South Queensferry, and they’d got there and parked before us. No room at the inn. Not to worry, we could just carry on along the road and go to Cramond. Almost as good, and it has a good ice cream van that does Mr Whippy style ice cream.

Then we got stuck behind an old ‘diddy’ who seemed determined to wear out his brakes. Ten miles an hour everywhere. I’m sure he was getting the clutch and brake mixed up, either that or he had enormous feet and was covering both pedals. The road down the hill is very narrow and there sometimes isn’t room for two cars to pass. This diddy just kept driving and forcing others to reverse out of his way. Only once did he give way. Anyway, eventually he got to the bottom of the hill and the parking place. He went one way round, I went the other. The parking place was full. Who did we meet at the other end of the carpark? The diddy. He just stopped and indicated that I should reverse. Sorry, I don’t take instructions from diddies, so I just sat and waited with my arms folded. The standard I’m not going anywhere signal. He gave up and reversed out of my way! Result! He’s probably writing a blog at this minute ranting about the ignorant man who thought he owned the road and the carpark! He’d be right too. Hope his brakes cooled quicker than his temper.

So, no room at the inn number 2. We knew there was a big wide road that we’d seen cars parked on and it ran parallel to the esplanade at Cramond, but we’d never found it. Today we needed it. By following my nose, I found it. It was a dual carriageway that apparently was just a big carpark. It was nearly empty and we got to choose our parking space. We walked along for a while, but then turned back because Scamp had spotted an ice cream van. We both had 99s. It’s ages since I’ve had a 99. So glad we found this parking place. Now all we had to do was get back out of it and onto the road home again.

That was more difficult and we had to drive almost into Embra before I could find the road back, but I did, by following my nose again. Just to be cantankerous, I didn’t take the motorway or the Forth Road Bridge (the new crossing isn’t open yet), but headed for Bo’ness instead. Stopped at a garden centre that appeared on our right and had coffee ’n’ a scone. Scamp had been looking for a pair of proper secateurs for ages and the garden centre provided them for a price she was willing to pay.

From there it was an easy drive home.

Today’s PoD was taken from the ‘new’ carpark and is entitled “Are we having fun yet?”

Today was a lovely day, but tomorrow is to be not so nice, so I may be doing some painting. Not oils this time, but acrylic and not on a canvas either, it’ll be on the inside window sills which really need another layer of varnish.