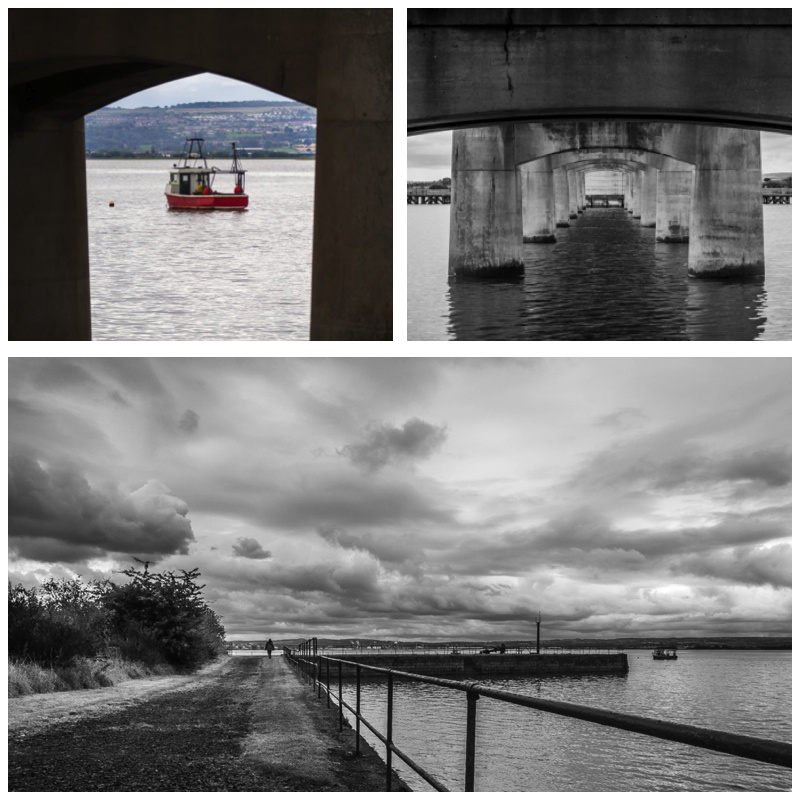 Today we were planning to go to Dundee to the Flower Show. We’d been there long ago, maybe ten of fifteen years ago to be a bit more accurate, but when we looked out the back window this morning, the hills had gone. That’s an indication of low cloud and therefore a good chance of rain. The streets were wet although there was no rain falling at the time.   So, it had been raining, and it would be raining again. This was the hiatus between showers (or longer periods of rain). The upshot was we decided not to go to Dundee. Instead, we went to Vecchia Bologna for lunch and afterwards wandered round Dobbies in Stirling and came away with an armful of plants to provide some autumn colour. The place was undergoing a bit of a tidy up with great areas of empty space. Surely they’re not getting ready to put out the (whisper it) Christmas stuff already. Could be!

From Dobbies we went on a mystery tour to find something decent for me to photograph and I thought I’d found it when I saw a sign for the Sauchie Tower. We never found it. The signs just sort of faded out. We did see the ruined tower of a windmill on top of a hill that might have been it, but some eejit had allowed the area around it to be built up with a new housing estate that had masses of traffic calming ‘street furniture‘ and nowhere to park. Who employs these pinheads? When we got to Alloa we saw a sign for the Alloa Tower, but weren’t taken in by the direction post. We knew it was another wild goose chase. It might as well have had a red fish of the herring persuasion nailed to it. Instead we headed for Kincardine and went for a walk along the Riverside Walk out to the old pier. Got some photos there and that was it for today’s outing.

It was only as we got near to Cumbersheugh that the first spots of rain splashed on the windscreen. Typical, we could have been to Dundee flower show.  It just seemed like re-run of yesterday’s indecision that led to the failure to go to Ayr Airshow.

Tomorrow, we’re going in to Glasgow to see the start of the Tour of Britain. What will we do if it’s raining? We’ll go and get wet.

Any comments on the new galleries, anyone?