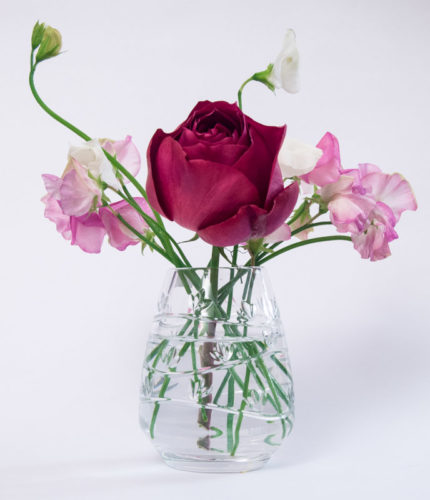 Well, today should be iPhone day, but then, so should last Monday and look what happened there … and since!

It’s usual when you have a parcel being delivered by DPD to get a text or an email giving you a one hour time slot. Today, nothing. I waited until after eleven and checked on the DPD site and found that my parcel would be delivered between 6.00am and 10pm today. By my reckoning that’s slightly more than an hour. However, at least it did say ‘today’. Later I phoned the depot and got a voice message to the effect that it would be delivered between 5.20pm and 6.20pm today. A bit more helpful, but nothing in writing and as I’ve found, that’s what you need these days. I’ll wait, not patiently, but I’ll wait.

Other than that, I didn’t do much today. Installed a ‘free’ version of Acronis on the Linx just as Windows 10 decided it wanted to install updates and restart. That’s another computer whose access to the internet I need to restrict. This is becoming an epidemic. Operating systems that seem to think they own the computer. They didn’t pay for the computer, I did. It’s getting to the stage that the only OS worth installing is going to be Linux. At least for now, you are in control of updates.

Drove to The Fort to try to get a white gel pen. Fred phoned me while I was there to see if I was up for a coffee. I told him I wasn’t, but he did point me in the general direction of some cheap artists paint. Found the white gel pens, but at £3 a shot, declined the offer. Just to cheer myself up, on the way back I switched from Eco mode to Sport and zoomed past some traffic! It goes like stink in Sport mode, but I did manage to stay within the speed limit … just.

By the time I got back the Gems were packing up, so for once that was good timing. Salsa tonight and we have to try to remember last week’s moves. Off to try that now. 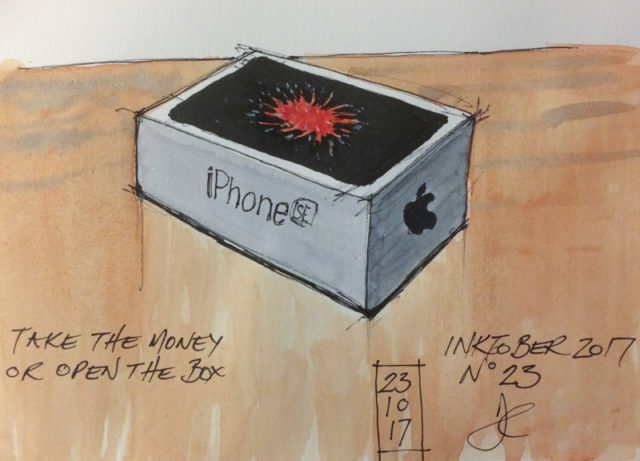 Well, the phone did arrive and it became today’s Inktober sketch, that is, its box did. “Take the money or open the box?” That was a line from an old TV show starring Michael Miles if I’m not mistaken. This box contains my new iPhone SE. I’ve had so much trouble getting it from Vodafone that I’m not sure now if I want to stay with them. So, do I take the money, ie cancel my contract? Or do I open the box and in so doing accept the contract? I think I’ll sleep on it tonight. I’ve waited over a week now for the resolution, so another day won’t matter.

Salsa tonight was much less stressful than last week, mainly because we took some time in the afternoon for a quick practise and that paid back a hundredfold when we came to dance the moves in class.

Today’s photo is of the last of the roses and the last of the sweetpeas. The rose is Alec’s Red which still grows strongly in the front garden, despite being over 40 years old.

Tomorrow we follow the yellow brick road through IKEA. Scamp is looking for a new lamp and I’m looking for a large frame for my pastel painting. Oh yes, and some Swedish Meatballs too.