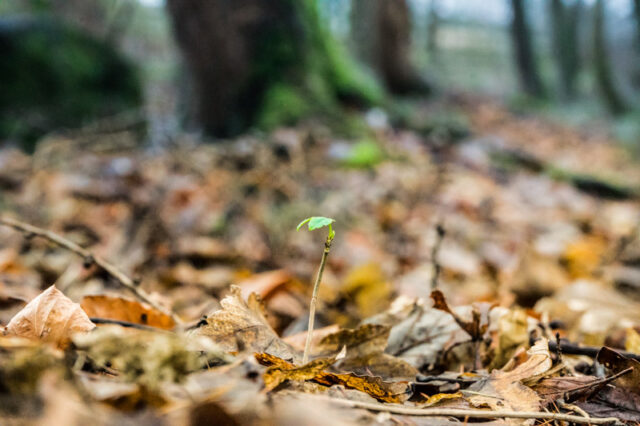 An early rise to go to the doc’s

Apparently I’m now old enough to get a Shingles jag. I’d never heard of such a thing until about a month ago, but Scamp said she’d heard that when someone reaches my advanced years they have to have it, so off I plodded on a cold and frosty morning to meet my nurse. Actually it was quite painless and as you only get it once in your life it’s not a big sacrifice. I know how much pain Scamp was in when she caught shingles a few months ago, so I wasn’t going to say no to this jag. Plus, the nurse said I’d been very brave even if there was a bit of blood and I should be pampered for the rest of the day. I’m still waiting for that, although Scamp did give me some of her fried potatoes at lunchtime.

By the time I was coming home, the frost was all gone, replaced with rain, but the cold was still there. Scamp had promised Isobel that we’d drop in for a wee natter in the morning, so off we went to the village. Isobel wanted us to go in to the house, but we knew there’d be hell to pay if her daughter got wind of it, so we just spoke through the window. She’s such a funny woman, funny in a good way. Quite offhand and sarcastic, I think that’s why I like her. She’s very like Scamp’s dad, her cousin.

When we left there we went to Calders garden centre to look for something Christmassy. I hate Christmassy (that should really be Xmassy, Christmassy’s commercial brother). I hate all the jolly Xmas music too and there was plenty of that in Calders. Scamp got a strange looking plant, a Holly-leafed Hellebore (Helleborus argutifolius) which apparently can grow to a metre high! Of course we also got some Xmas stuff. I suppose the Hellebore is Christmassy too, since my mum used to call them Christmas Roses.

Back home and after lunch Scamp went to post a letter for Isobel and I waited for the gas man to come and patch up the hole in the cupboard. It only took him about 15 minutes. If I’d known it was that easy, I’d have done it myself. He was just finished and away when Scamp returned. After she’d inspected the work and deemed it suitable, she stayed and I went out for a walk. The light was rapidly disappearing, but I got a few photos. The best, and PoD, was this slightly edited sapling poking through the leaf litter. Found lots of fungi I’d not seen before, but by then the light had gone. May go back this week to make a better fist of capturing them. 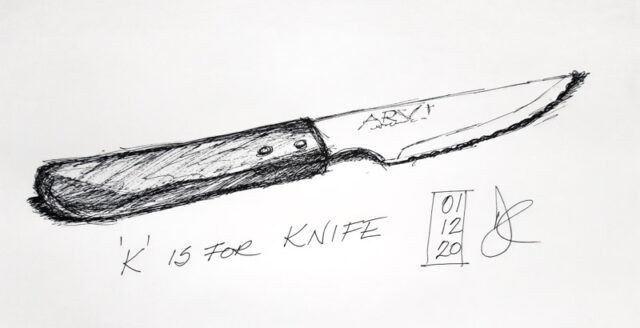 Sketch today was the letter K and it stood for Knife. This lethal looking weapon is actually a fruit knife that sits in cup on the worktop with a variety of other kitchen knives. It also doubles as a very nice steak knife. It was bought in the Canary Isles quite a few years ago and I brought it back because it has a lovely tactile handle. Those were the days when you could do such a thing without thinking.

Tomorrow we may have snow! The first of the winter. Let’s hope it lies nice and fluffy, then disappears to water overnight. It will probably make fungus hunting difficult, but would be good for a walk.