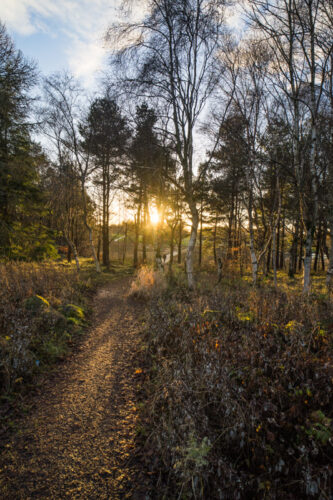 Cloudy and dull to start the day, but later the sky cleared.

Scamp was off to Tesco in the morning, leaving me to start my tidying of my half of the living room. It might not look like it, but it is tidier now than when I started. I was also tasked with some internet research that I cannot divulge as yet. Suffice to say it was successful, I hope. When Scamp returned, there was much rustling of paper and a box was packed. With that done it was my turn to do my part in this project and I had the experience of walking through a town centre with almost every shop closed. While a pre-recorded message was telling anyone who wanted to listen that “The Antonine Centre has all your favourite shops under one roof.” Yes, there are still a few shops in the centre, it’s just that none of them are open! I did my posting and the box changed hands.

By the time I came out the clouds had lifted and I was walking under a blue sky. I did think about going for a drive to take some photos, but decided that lunch would be a better option, so I drove home.

After lunch Scamp wanted to do some gardening and I wanted to take some photos. We decided on a fair division of labour. She did the gardening I did the photography. Couldn’t get any decent photos today. The light was good and the sky was still blue, but things just weren’t working out until I was headed home and saw today’s PoD in front of me. I took three shots of it and this is the only one that was in focus. That didn’t matter to me, I had a PoD.

<Technospeak>
In the evening I got a FB message from Colin (Not Colin C, but Colin B) with a suggestion for a way to get the data off the NAS drive. Basically he had connected his NAS drive to a Raspberry Pi which runs on a subset of Linux and then copied the files from there to a removable drive. Now that would be a lot easier than my idea of dual booting the MBP and doing it that way. I’m thinking it might just work. Thank you Colin, because I know you read this.
</Technospeak> 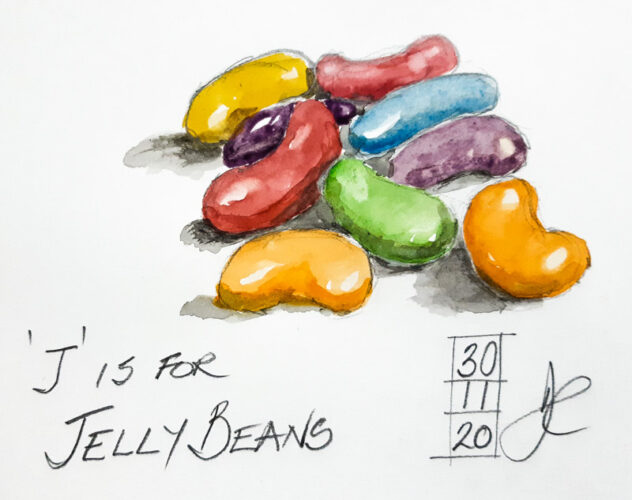 Today’s Sketch of the Day is “J” for Jelly Beans, traditional jelly beans. Lovely soft, shiny outer sugar shell with the jelly inside. And the colours, oh the colours! What’s not to like?
One of our favourite local Thai/Chinese restaurants, The Cotton House at Longcroft, presents you with a little cardboard tub of these with your bill. Certainly sweetens the paying part!

Tomorrow I must be up early to drive up to the doc’s to get my shingles jag! I don’t like jags, so I hope I get a sweetie for going, or at least a gold star!