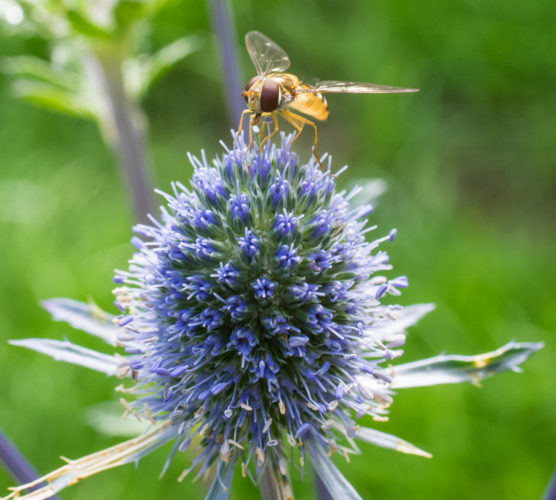 It rained in the morning, but my weather app said rain would stop at 1.30pm and it did.

Yes, it did stop then, and the sun shone for a while, but it wasn’t really trying very hard.

It was a day of not doing much apart from clearing up after last night and writing yesterday’s blog. Sometimes you just have to admit it and play catch-up. Hardly went past the door for most of the day. Took the chance of a bright spell and grabbed some photos in the garden. Front garden shots were best today, especially the PoD of a hover fly on an Eryngium Planum (Sea Holly).

Other than that, it was preparations in the afternoon and watching an amazingly interesting F1 GP from Germany where it looked like there wouldn’t be enough cars left to form a quorum for the podium.

Spoke to JIC in the evening and got up to date on all things going on in Cambridgeshire.

Tomorrow we have no real plans, apart from intending to go dancing at the STUC in the evening.