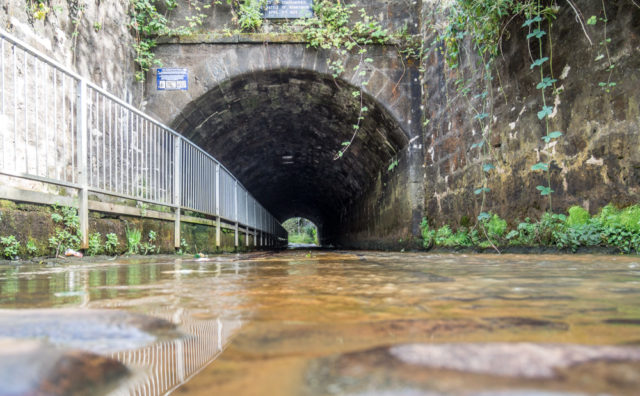 Mondays, like I said are fragmented days. If you don’t get things done in the morning, they’re not going to get done. It’s Gems after lunch and Salsa at night and only a few hours between. After salsa, I’m usually processing the photos I’ve been lucky enough to grab during the day, posting them and writing this blog. Thank goodness I don’t work any more. Today was a bit better, I did get some things done.

In the morning it was gardening. I was cutting down a tree that was growing over the path at the back of the garden. Don’t worry, it wasn’t the Rowan tree it was a wee Ash tree that has been growing out from the retaining wall. Last week I had pruned it with lopping shears and today I cut it down to the ground with a saw. Then I had to take the remains of it to the council tip. I also took some other odds and ends and dumped them too. While I was away, Scamp decided that more garden rubbish was needing removed, so after lunch I took the rest away. With a few hours free, I drove to Bonnybridge and got today’s photo, which is a tunnel under the Forth & Clyde Canal. You can read the story of ’The Radical Pend’ here.

This little bit of history has been on my doorstep for the thirty years I’ve lived just down the road from it and I never knew about it.

Salsa tonight was with Will as Jamie Gal was off on his travels again and it was fast & furious. With temperatures over 20ºc outside the hall, it was a hot night for all of us. However, when we got into the car and drove home the air-con kept us cool. That’s what the trip to Bonnybridge was for. Forty quid well spent.

Hoping for more warm weather tomorrow so we can sit in the car and shiver!