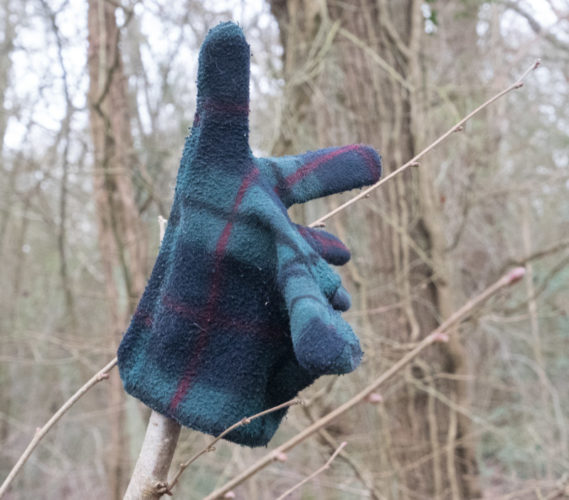 Took the bus into Epsom today. I must say that England, or at least Greater London does a great job at making public transport easy to access and cheap too. Admittedly, ours is even cheaper thanks to our Pensioners Ticket, but down in London they’ve had Oyster cards for years and we’re only getting them now. They’ve had pay by debit card for almost as long and we in Scotland have only had them since last year. It’s a connected travel system that just works.

So we reached a cold and dismal Epsom, but most places are cold and dismal on a Monday in February, even without the gales and the driving rain. We went for a coffee first as is our usual procedure and then we went to Waitrose to get the ingredients for tonight’s dinner. We got most of the stuff we needed, but couldn’t see any bacon. I stopped a ‘Partner’ wearing a suit, so not just a shelf filler and asked where I could find bacon. He pointed over to a stand and said “That’s the vegan area there.” No, I said, “Bacon”. Again he pointed and said that “That’s the vegan shelves.” I was beginning to think I was in the Burniston lift sketch. You must have seen it. “No,” I said, “B A C O N!” That’s when the sketch changed from Burniston to Monty Python. “You asked for Vegan. Bacon’s at the end of the line” he said. Oh, oh. Please don’t tell me what I said. Please don’t treat me like an idiot. I got as far as “Now listen ..” when he starts shouting “Don’t point your finger at me”. It’s a finger for heaven’s sake. It wasn’t loaded and anyway, the safety was on. At this point Scamp entered the argument and tried to calm things down with “He said Bacon, you weren’t listening.” I’ve not written the email to his manager yet. Mr Simon Roe, you may think you’ve had a bad Monday morning, but worse is yet to come!

It took me a while to calm down, but eventually I did. We paid for our ’messages’, had a walk down the main street and a spot of lunch in Nero, then waited for the next bus back to Hazel’s.  Epsom’s not my favourite place.  It’s really drab and dowdy.  I think it might be overshadowed by its famous racecourse.

Back home I took my bad temper out for a walk in the woods around the golf course at Chessington. There wasn’t much to see, but it was a pleasant enough walk in the windy woods. Still a bit windy here with occasional showers, but not nearly as bad as yesterday.  I got my PoD there.  It’s just a glove, but its title on Flickr is “They went that-away”. 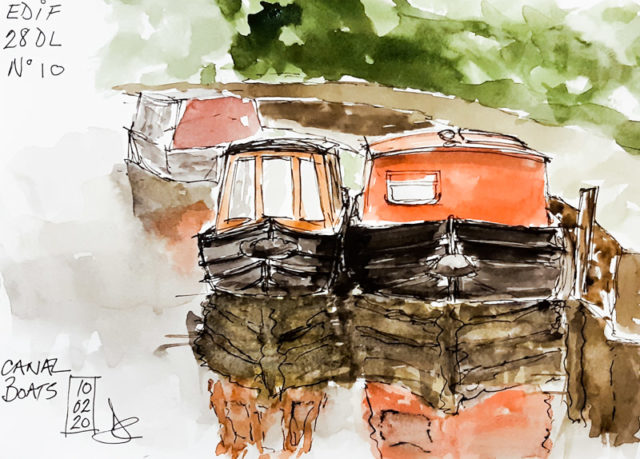 SoD was a painting of canal boats at Auchinstarry.  I wasn’t all that pleased with it, partly because I was painting in artificial light and it’s always hard to judge colour in that lighting.  I think it’s a bit too orange, but it seems to be getting enough attention on FB, so who knows. The topic was Reflection.

Tomorrow we may go in to London again. This time we might get to the Tower and I’ll behave myself or else I’ll get kept in.