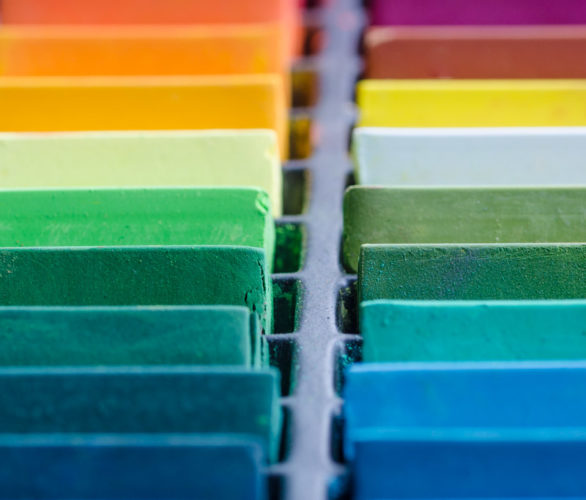 This shouldn’t take too long today.

It shouldn’t take long because most of today’s activities have been redacted by the Santa Club. That means I was parcelling stuff up while Scamp and here sister were off having lunch with Nancy at the Fort. Not the most salubrious of places to have lunch, but who am I to argue. It gave me some time to get stuff done for Santa.
Earlier I’d decided not to travel to Perf to get some coffee and tea. What’s the point in driving for two hours when I could click a few buttons and buy the same coffee and tea online with a delivery charge of only £3. As Scamp said, it would cost more than that for the parking.

Took some time out to take today’s PoD. It was a very dull day, so I made the decision to take a tabletop shot. It’s a box of soft, crumbly pastel chalks.

Tonight was the last Advanced class of the year and it was a good one, with:

Not happy with doing it once, we did it all over again in the next class. Brilliant fun and free chocolate to boot. What’s not to like. There never has been a teacher like Jamie Gal and there never will be his equal. A legend.

Tomorrow, the coffee is delivered and if there’s time we’ll go to Linlithgow to get fish.