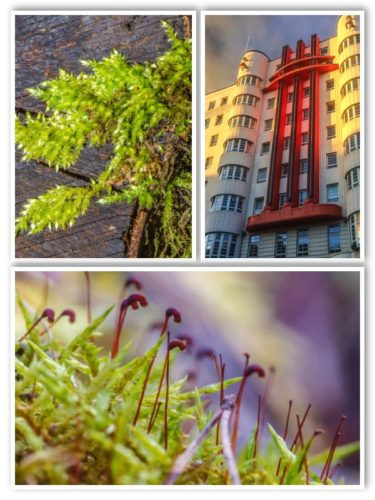 There’s a smell in the air around the end of August, beginning of September.  It’s the unmistakable smell of autumn.  Possibly an amalgam of the smell of fallen leaves, beginning to decay and that sharp tang of the first frosts.  I notice it every year.  What I’ve never analysed is the smell of spring.  I recognised it yesterday.  It’s a warm, happy smell.  It may be the fragrance of the new growth and of the first flowers, daffodils and crocuses for the main part, but it is definitely there.  The promise that winter is on the way out.  It’ll be snowing tomorrow, just to prove me wrong.

It was a bright sunny day after a rainy damp start.  When we got up, I started the slow cooking of the lamb shank I was having for dinner, while Scamp went for the messages.  When she got back, we started making the pudding which was to be Pineapple Snow.  I say WE were making the pudding, but I was just stirring the sauce while Scamp did the clever stuff.  We had decided to go to Will’s styling class at the Garage before the Sunday Social, so that defined the shape of the day.  However, as the afternoon wore on and we I got involved in the making of the pudding, it became obvious that we weren’t going to make that early class.  That left with the opportunity to walk through St Mo’s and hopefully get some springlike photos.  I took ‘Big Dog’ (the Nikon) with ‘Wee Dog’ (the Oly 5) in my pocket.  Best of both worlds.  No sign of any deer or of Mr Grey.  There were a couple of cormorants in the pond, probably visitors from Broadwood Loch where there are a strong contingent now.  What I did get were some photos of Sphagnum Moss fruiting bodies or the flowers to be precise sitting on some very bright green moss.

When I got back, we drove into Glasgow, watching a gigantic pall of smoke all the way in.  It turned out to be a fairly extensive fire at a scrapyard in Govan.  While I was glancing at it and not knowing at that stage what was causing it, I was thinking that by the colour of the smoke, it was some dirty and probably heavy duty stuff that was burning.  If that was so and all that muck was being lifted by the heat into the atmosphere, where would it eventually condense out and what damage would it do when it landed?  When we found out the cause of the smoke, I began to think about the toxic chemicals in that smoke drifting across the sky.  Makes you wonder what effects it has on wildlife when it eventually comes back down to earth.

After we parked and were walking down Sausage Roll Street, the light on The Beresford was beautiful and I grabbed a couple of iPhone shots.  Salsa was good, and at times relentless.  I was quite pleased when Scamp called a halt.

The slow cooked lamb shank was delicious, but the star of the show was definitely the Pineapple Snow.  Quite the most stunning dessert, mainly due to my expert stirring.  If there’s one thing I’m good at it’s stirring!