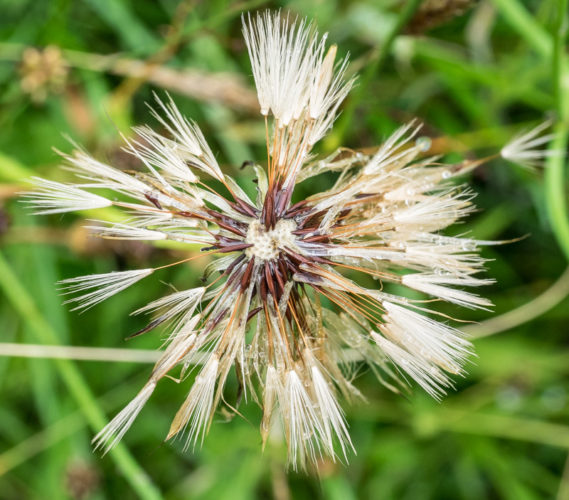 Not a lot you can say about Wednesday, so I’ll give the bare minimum.

We went to Milano for lunch and thereby avoided the torrential rain. Pizza was good, but not excellent. It felt as if it had been sitting under the heating lights for too long. More frazzled than hot. Scamp’s fish ’n’ chips was good in parts. Forget curate’s eggs. What’s a curate anyway? We don’t have them in Scotland. The chips were deemed good, although I didn’t like the taste of the sample I was given. The fish was fine apparently, but the batter? Oh the batter was about 10mm thick in places and I’m not exaggerating. It had been put on with a trowel by an apprentice plasterer. Scamp complained as she usually does these days when things she’s paying for aren’t quite right, and that’s what we should all do. By the time we were leaving the rain was off, so it was back to last minute checks before the off. The ‘off’ was 6.30, aiming for a 7.00pm arrival at the airport.

You know when you have a nagging feeling that something isn’t right, but you’re on the motorway and you haven’t time to check? That’s what I was feeling. Surely I had packed the laptop, hadn’t I? Still I wanted to check and when I finally got off the motorway at the airport and parked outside the long stay parking I found that for once I was right in trusting my instincts. No laptop. Drove back to Cumbersheugh. Picked up a laptop that was sniffling on the coffee table because it though it wasn’t going on its holidays. It was, it did and if I hadn’t driven all the way back through more torrential rain I wouldn’t have been sitting here on a balcony in 30º heat typing this.

Dropped the car off. Bus to the hotel and and expensive pint of lager and an equally expensive glass of red while listening to some Ya, Ya english bam sounding off to his Scottish squeeze (Glasgow? That’s quite rough isn’t it?) Kevin Bridges you’ve a lot to answer for!

Then it was time for bed for at least 3 hours before that bloody alarm would ring.

PoD is a wet wee sow thistle after the deluge that we missed when we were sitting in Milano’s.