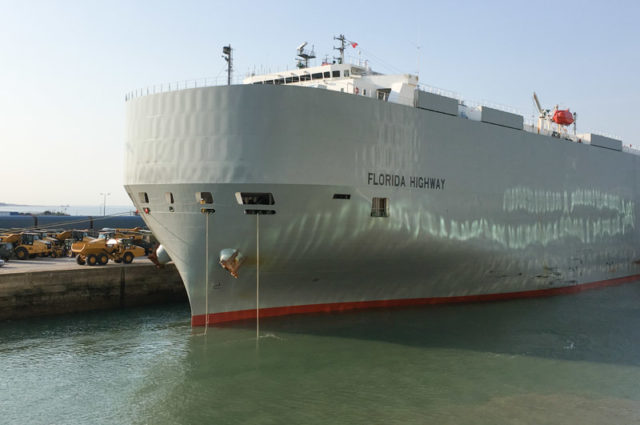 Ten hours of it.

The driver was a diddy. We sat for an hour past the time we should have left while he waited for someone who was already on the coach. If he’d been doing his job properly he would have counted the legs and divided by two to find that all the bodies were there. He didn’t. He should have shouted down the coach “Is there a Mrs McDonald here” to which he would have hear a reply “Yes”. He didn’t. He strutted about looking important carrying a piece of paper. “If you want to look important, carry a piece of paper with you”, I was told that years ago by a man I worked beside who carried a piece of paper with him all the time. It got worse. Once we were on the road he had to tell us over the tannoy how he was going to get us there quicker by reciting the route he was going to take. We were going home after fourteen days at sea. We didn’t care how he was going to get us there. Then came the lectures about drivers and what they were doing wrong and how he would correct their mistakes. He was a total Pain In The Arse. Thankfully he got off just after Bolton. There was applause when he left the coach. I think it was a cheer because the next bloke had to be quieter. He was. He just drove and got us back half an hour early.

Taxi from the bus station to Cumbersheugh and a cup of tea when we got home. Finally we could relax, but not before Scamp had gone out to see the damage the heatwave had done to her plants. Not a lot as it turned out, and best of all, her sweet peas were blooming.

Today’s PoD is the ugliest boat I’ve seen in a long time. I thought this was the back of the boat until I saw the anchors and realised it was the front!

Tomorrow we empty cases and put them up into the loft until next time.