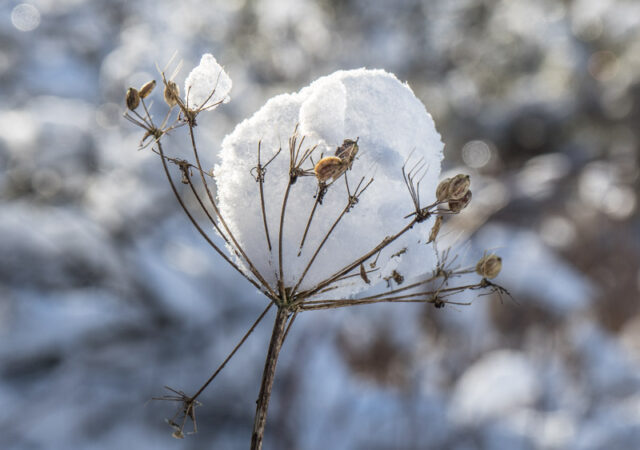 The snow was still there in the morning, but thankfully there was no new covering.

Before we could get on with the day there was a funeral to attend.  A virtual funeral for one of Scamp’s oldest Gems members, Netta.  She had died over a week ago and today we sat for half an hour and remembered her as we watched the ceremony.  She was an old lady, but a real ‘gem’.

I wanted to clear most of the snow off the car to allow today’s sunshine to help melt the rest.  It was a good idea that partly worked.  Some of the snow melted, the side that faced the sun was the most successful, but hopefully more will follow tomorrow as we are to have another cold, but sunny day.  There must have been about 200mm of snow on the roof of the car, also on the bins and all the plant pots.  I was thankful I’d bought a pair of good wellies going cheap in a sale many years ago.  Not the most comfortable footwear, but at least you don’t have to worry about wet socks.

When the postman came he brought Scamp a Blue Envelope.  She now has a date for her first vaccination.

After lunch, Scamp declared that she was off to the shops to get tonight’s dinner which was going to be Cod with Bacon, Peas and Lentils.  I was going out for a walk in the snow wearing my new best friends, my green wellies.  I walked over St Mo’s and I think I followed  the tarmac path, although it was difficult to find at times.  Walked through the woods marveling at the difference 200mm of snow can make to a landscape.  PoD became the snow ball on the cow parsley seedhead.  The snow looked solid, but it was almost translucent and as light as a feather.

Dinner was changed from Cod with Bacon etc to Chicken Soup followed by Fish Finger sandwiches.  Very satisfying and still sticking to the Fish on  a  Wednesday theme.  No painting or drawing yet.  One is done, but I’m not happy with it, so a new or rearranged one will hopefully appear tomorrow.

Tonight the temperature is dropping down below -5ºc.  It’s going to be cold tomorrow.