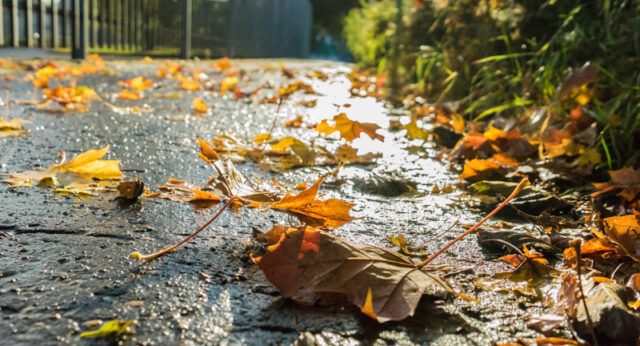 Not thumping down torrential wet, more a smirr that strengthened to a drizzle, then returned to a smirr again. Almost turned itself off to catch the unwary before continuing again as a slightly heavier drizzle. Look, just give us a soaking and be done with it, but no it was lazy rain.

I was struggling with the Sony website today. I have never seen such a convoluted piece of badly written HTML. Ok, Hazy I hear you, nobody uses HTML any more, but the coding on that site is horrendous. Captchas, don’t talk to me about Captchas. Those infuriating “Prove you’re not a robot” nine picture grids where you have to identify ‘crosswalks’. I live in Scotland you moron, we don’t have crosswalks. We don’t even have happywalks these days. Eventually got through the maze of crosswalks, bicycles, school buses and traffic lights, only to be told “There’s been a problem”. No kidding, a problem eh? On this magnificent piece of artistic code, there’s been a problem. The only reason I was there was to download a shitty app that didn’t work because it needed another piece of code that it wanted me to download after I’d signed into another webpage. What, and go through all that Captcha nonsense again? I think not. Sony I know none of your grunts are reading this, but you really need to employ humans to do your coding. The monkeys you have just now are simply messing you about.

There, that’s got that out of my system. By the time I’d given up on Sony and had lunch the clouds were lifting, literally, the clouds outside the window were lifting. I went out to buy some milk and got today’s PoD on the way back as the sun came out. It’s pretty good, but it would have been better if I’d remembered to set the ISO back to a reasonably 400 rather than the 6400 I’d been using for practise earlier. Still, it shows the power of a full frame sensor. Every year I promise myself I won’t shoot the golden leaves we get in autumn. Every year I give in to the temptation, and so it was this year. Low, warm coloured sun just lights everything up and I’m lost in it. 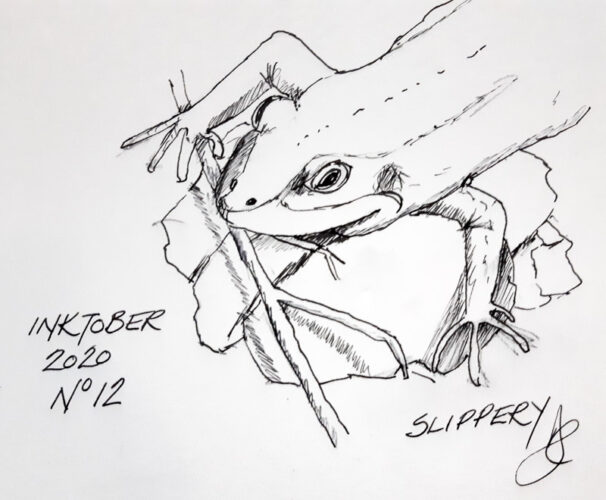 Sketch prompt today was ’Slippery’. I almost gave up and did my own thing, because I’m beginning to hate these vague prompts. Too airy fairy for me. However for another day I stuck to the script and drew a frog. They don’t come much more slippery than a frog, unless they’re an MP. I think I prefer frogs. You know where you are with a frog.

That was about it for today. Tomorrow I hope we’ll go out somewhere for a walk in the autumn sun and I’ll forget about Captchas and the ISO will be set to something sensible, maybe even Auto, and we can enjoy the light. Before that, I’m booked for coffee with Val.