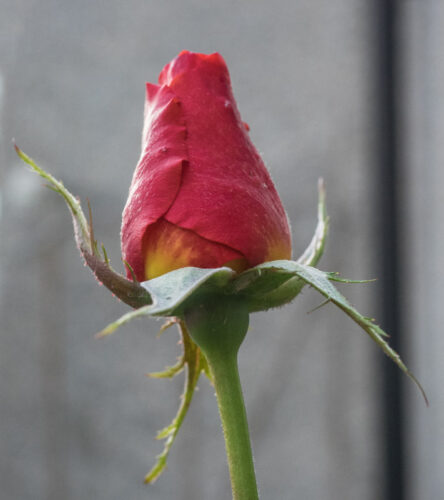 So much writing today.

This morning I sat down to write to my brother. We communicate by email and send each other what we consider our best photos. It’s roughly an email every two months, but I’ve been especially tardy of late and realised with a bit of a shock that my last epistle was sent on the 25th of July. It being the 8th of October today, that makes it nearly three months. I’d a fair bit to tell him, because a lot has happened at this end in the intervening 75 days. It started with Good Morning Alex, and was finally posted with Good Afternoon Alex. He deserved the time. His photos this time were excellent. Another photog who has moved back to Canon from M43. I must admit that I like the Olympus cameras and the Lumix lenses and the light weight of the cameras. I also like the detailed complexity of the menu system that allows you to change almost every bit of the hardware, but I’ve never liked the 4:3 format. I much prefer the 35mm 3:2 format whether it’s full sensor or APS-C. I just think it looks better. Anyway, I finally posted the email with my contribution of images in the afternoon. I felt better after that.

Having been sitting around all day, I needed to get out and walked down to the shops to get some stuff for tonight’s dinner, but mainly for the walk and maybe a chance to grab some photos. I didn’t get the stuff for the dinner and I didn’t get any photos either until I came home. I saw the light shining through the yellow leaves of the chestnut tree outside our house and took some shots of that, but none of them really worked for me. Instead, while I was making dinner I was putting some fish wrappings in the outside bin where they wouldn’t smell the house and saw one of Scamp’s roses just opening and there was still enough light to grab a shot. That was PoD. The rose is Remember Me and it goes through some amazing colour changes from bud to fully opened.

Dinner was Mediterranean Fish Stew. Another one obtained from JIC and Sim’s recipe book, and another winner. I’d definitely make that again. 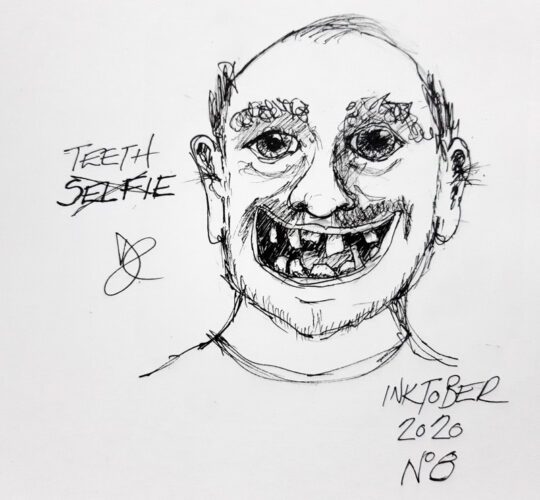 Sketch prompt today was “Teeth”. I couldn’t decide what to draw that would reference the subject. Scamp suggested the teeth of a comb. I thought of a saw’s teeth. Eventually I just sat and doodled a face with broken teeth and there was today’s picture right there.

Tomorrow all the pubs and restaurants in Central Scotland will close at 6pm and remain closed until the 25th of October. We may go out somewhere, anywhere tomorrow to have a pre-lockout drink or a lunch.