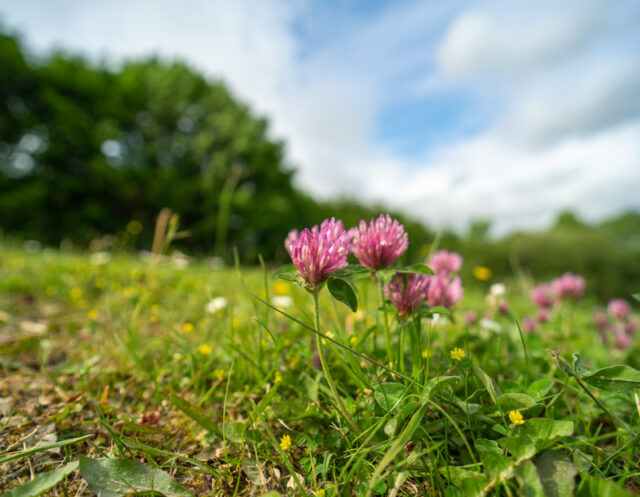 It was the biscuits that swung it for me.

Isobel phoned this morning asking if we wanted to come down and visit today. She said we could have a cup of coffee and she’d bought Visitors’ biscuits. I didn’t know what visitors’ biscuits were, but I was fairly sure they weren’t Rich Teas or Digestives, so I was up for it, so was Scamp. She was on the phone to Annette about a certain caravan in St Andrews that would become vacant some time soon, so I agreed for her and said Scamp would phone her when the deal was done with Annette.

I had a couple of Aquilegia plants to pot up for Isobel, so I got started to that and we were almost ready to go. Just a quick cup of coffee first then we were off to the Village.

We had an entertaining hour or so with Isobel then she gave us a guided tour of her garden. She has a wealth of plants in her fairly small garden and takes no prisoners. If she thinks a plant if failing, it gets chucked out. I’m sure Scamp gets some of her gardening nous from Isobel. Oh yes, and the biscuits were Tunnocks Teacakes and very nice they were too!

On the way home we stopped at Tesco and came out with a shopping bag fairly clinking with our ‘groceries’. A bottle of gin, one of Pimms and one of Limoncello. All the bottles were reduced, so some money spent, but a fair amount saved too! We drove home.

Hazy phoned almost as we crossed the threshold of the house and we had a long chat. Lots of books discussed and yes, Hazy, The Hidden Palace is now on my wish list. I may even re-read the Gollem and the Djinni too, if I can remember how to read after all the Audible books!

Went for a walk in St Mo’s in the afternoon to give the ‘new’ Samyang 18mm lens a good test and it passed with flying colours. Every shot from macro, through middle distance to far distance was in focus. It’s such a pity that I had to shell out an extra £50 to buy the lens station that would allow me to upgrade the firmware. It’s just another case of a company expecting users to do their work for them and also having to pay for the privilege. The rush to get technology on the market ahead of rivals means that the tech itself goes on the shelf only part finished. It’s things like this that make me give up on some companies like Samyang. Yes, they are cheap, but yes, they are nasty too! Rant number 2 this week is over.

Dinner tonight was Butter Chicken, but for some reason this time the sauce was a bit acidic. It can only be down to the passata as that’s really the only thing that was changed since the last time. Next time I’ll just used blitzed tomatoes. Still makes a decent curry sauce, though.

PoD went to a bunch of clover flowers photographed with the updated Samyang 18mm.

No plans for tomorrow. It looks like being a wet morning.