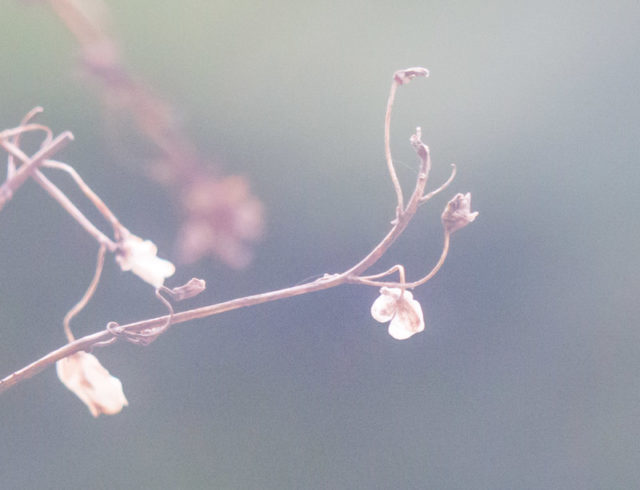 I’ll go to the gym he said and he did, well, almost.

It’s a Monday and Mondays have to be planned properly for them to work properly. This morning I was going to do my drawing / painting for 28 Drawings Later. That would leave me time in the afternoon, when Gems are here, to go to the gym as I’d said I’d do. The painting took a little longer than anticipated and it wasn’t until the second version of it was drying that I took its picture and then proceeded to completely annihilate it. However I’ve learned from my mistakes and I did remember to take a photo of it first. This is it: 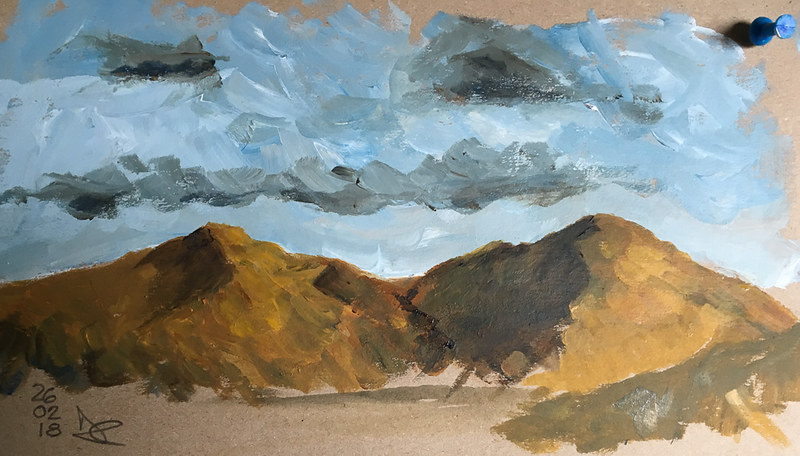 It was an attempt at colour mixing using Carol Marine’s ideas from her book ‘Daily Painting’. As an instruction on colour mixing it was good, but the landscape did have that unfinished look about it. By the time it was finished, Gems had arrived and it was time for me to make a move.

Checked the bag first and there were a pair of trunks and also a pair of trainers in it. Got to the changing room and found that the only thing missing was a tee shirt. So, it was to be a swim rather than a gym workout today. No problem. Then I saw that the pool was full. I mean FULL. It’s a small pool and with six people in it, it’s a bit cramped. There were TEN folk in the pool. I think only six of them were actually swimming, the other four were being moving traffic islands just to give the swimmers something to navigate round. Worse than that, the jacuzzi was covered up, obviously under maintenance. So was the ice machine, although, what you need an ice machine for in Scotland in February, I don’t know. Finally the loose tiles at one of the steps into the pool hadn’t been repaired and the elegant barrier of a half submerged metal framed office chair was still there in the same place it’s been for the last two weeks. I’m beginning to think it’s an art ‘installation’. I really thing its time for whoever now owns the leisure centre to throw some money at it to get it back being usable. Heavens, they must be making enough from the ‘spa’ community who seem to inhabit the pool every day. So, managed four lengths of the pool sandwiched between two sessions in the steam room, then came home, put on headphones and completed the annihilation of the painting while Gems sung their little hearts out below.

The ‘not got a name yet’ move tonight at Salsa was interesting although you had to be a contortionist to get the final section completed. I’m not sure it will survive to next week. There were a lot of confused looks and there was a lot of shaking of heads during the class.

Today’s PoD was taken out of the kitchen window and has little to recommend it, other than the pastel colours in the background and the minimal DOF (Depth of Field). Google it.

Tomorrow we are due the first flurries of snow. Nothing that desperately needs done and nowhere special we need to be, so we can just sit and watch the flakes fall.