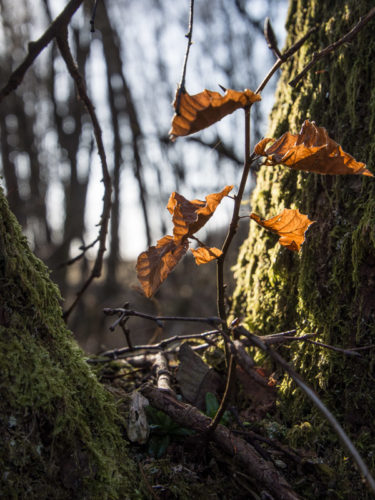 It took a lot of promises, but finally today the bike came down stairs.

When I got up this morning, it was still below zero outside. That used to be the norm in February in Scotland, but we have grown used to the milder winters of late and now if the mercury or its digital equivalent goes below that line everyone starts stockpiling food, turns the heating up full, keeps looking at the sky for the first telltale snowflake. No chance of snowflakes today with almost wall to wall blue skies, but the TV and radio news have been bombarding us with threats of ‘The Beast From The East’. Come on people, its going to get cold this week and we’re probably going to have some snow. That’s what happens in winter. Remember my warning:

Stop watching the news
Because the news contrives to frighten you.

You have been warned.

So, what has this to do with bikes. Well, nothing really, but it sets the scene. It was cold. It was cold, but the sun was doing its level best to warm the place up. I decided there and then, while I was getting the breakfast that today I’d do the bike thing.

Prevaricated for a while doing this and that. Going finding things I’d need, not least the bike itself. I knew where it was, I just had to find a way of getting it out of the room and down the stairs. Tyres weren’t totally flat and didn’t take long to pump up. So after lunch I was good to go. Oh dear, need to put my dinner in the slow cooker. It was to be shin of beef that had been marinading in the fridge overnight and now needed frying to brown it, the put in the slow cooker for about four hours. Oh yes, Scamp wanted some bread baked, so I defrosted some dough and set it to prove. Nothing else to do? Ok, best get on with it and get dressed in many layers to cut out the cold. Finally got on the bike at almost exactly 2pm. It wasn’t too cold … to start with, however once I was out of the shelter of the houses and into the open, the icy blast hit me. I wished I’d been sensible and put on my Buff™ to keep my ears warm. Too late now, I’d just have to soldier on. I’d mapped out my short, 3 mile, route and stuck to it although I realised it meant I’d have a headwind coming home. Cycled to the old disused refuse dump, now landscaped and walked around looking for something to photograph. That was after I saw that the Three Amigos, three beech trees I’ve photographed spring, summer, autumn and winter had been reduced to two. I was shocked. Those trees had stood together for years, probably they were older than me. I suppose it must have succumbed to one of the winter storms, and when I checked with the photo in the living room much later, I noticed that even then its crown was much sparser than the other two. It really was like losing an old friend. Such a shame. To kind of make up for it or to form a link of sorts, today’s PoD is of some beech leaves.

Cycled home braving the east wind that was getting stronger, but thankfully it was more a north east wind, which meant I got a bit of a push up the hill at the start of the run home. 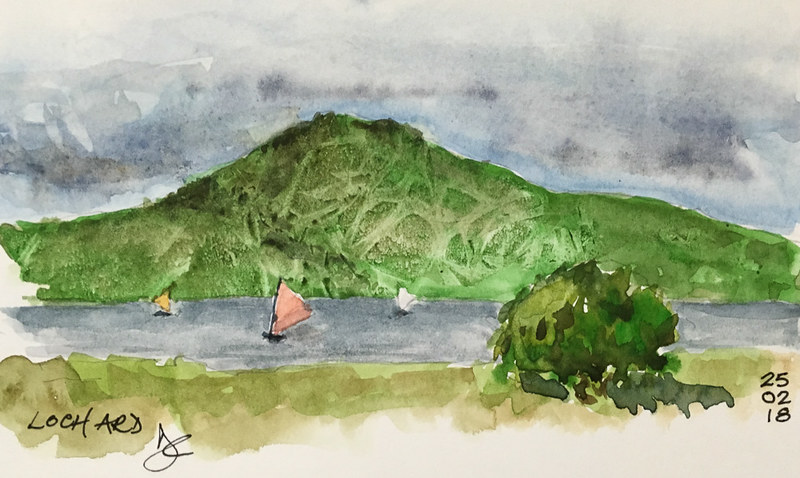 After a shower and with dinner simmering away in the slow cooker, I painted today’s 28DL offering. It’s not really all that good, but unlike some folk, I don’t admit that on the 28DL page! That was about it for the day. The shin of beef? I’d like to say it was wonderful, but I have to be honest and admit that it was dull, tasteless and chewy. The bread? It was worse. Heavy an doughy. I’ll chuck it out for the magpies, crows and pigeons tomorrow with a warning to the smaller, lighter birds not to attempt it or like their corvine relations, they will have difficulty achieving liftoff. On that topic, Hazy, I finished Sourdough and really, really enjoyed it. On the subject of books, JIC, the books from Amazon arrived this morning. Keeping the James Oswald book for hols, but will read the start of Paint Daily tonight. I’d recommend Natural Causes by James Oswald, book 1 in the series if you fancy some Scottish crime noir set in Edinburgh with a hint of the supernatural in it. Thank you to both of you for increasing my reading library.

Tomorrow? Panic buying at the supermarket and fitting hatches that can be battened down securely. Then if there’s time, a trip to the gym, because I think my legs will be sore.