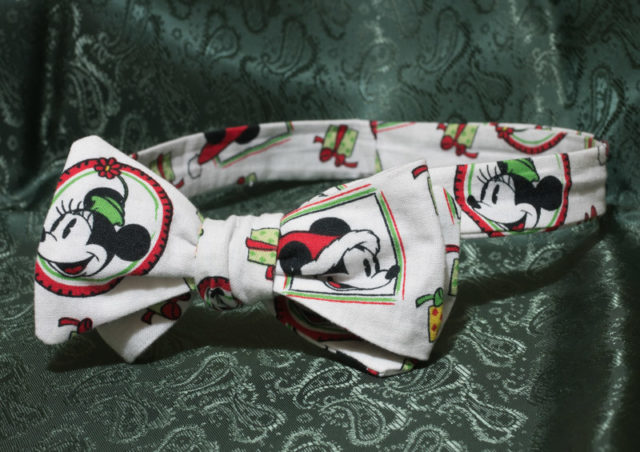 Another dull, dark, dreary day. Rain from morning until night. However, I did, under Scamp’s careful tutelage make a steak pie for my dinner, she had salmon. After that, I just sat at the computer and moped.

In the afternoon I decided to walk to the shops to get puff pastry for the pie. It gave me a walk, even if it was in the rain and maybe, just maybe a chance to get a photo. You can probably tell from the photo at the top of the page that I was unsuccessful in that respect. I took the LBJ and tried, oh how I tried to get it to focus. It wouldn’t. I think the thing is just stupid. I think as well as the usual CPU it’s got a NUMPTYU. When the CPU gets fed up working it switches over to the NUMPTYU and it does whatever it wants to, as long as it contradicts what I want. Came home empty handed.

Finally I settled on another still life. This time the subject was my new bow tie and, as it’s a Disney bow tie, it’s only fair to call it a Mickey Bow. It tried tying it as usual, round my neck, but it’s not like a normal tie that you can loosen and pull gently over your head, as Number 1 Son used to do. The only way I could get it off was by cutting off my nose and possibly my ears. I felt that was just too much of a sacrifice for a photo, anyway the blood would probably stain the bow tie. I finally applied some maths to the problem.

C = πD where D is the diameter of the circle

Yet more roughly still, equal to the diameter of the yoghurt maker in the upstairs tools cupboard.

So, I tied the tie round the yoghurt maker, which was a lot easier than I thought, and carefully slipped it off. Voila, a subject for tonight’s PoD.

Tomorrow it’s Gems and they’re rehearsing, so I’m going out. Afterwards, we’re hoping against hope that it’s Jamie G who’s in the chair for salsa, but it looks like it’s the end of the advanced class for us. I think we may be going to a ballroom class instead of salsa on a Monday night. The end of an era.