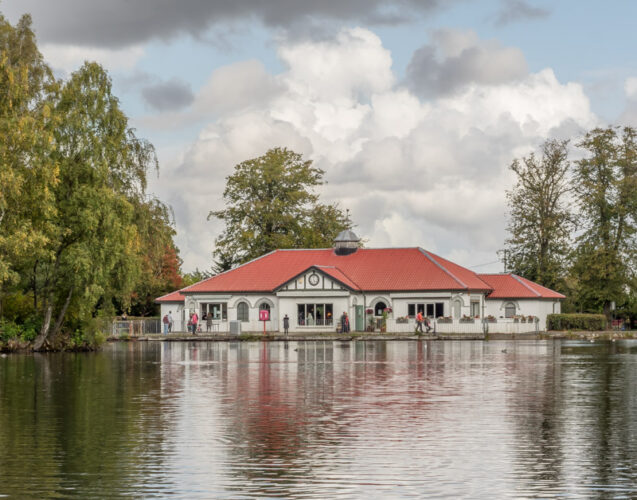 A day to go walking in the sunshine

But first there was the little matter of a bookcase to help tidy up my sketch books. We drove up to B&M and bagged the last grey bookcase on the rack for the princely sum of £18. I could have paid an extra £2 to get a veneered one, but the grey one was cheaper and nobody cares what it looks like, as long as it holds the books … more of which later.

Dropped off the bookcase and gathered a camera then off we went to Rouken Glen in the posh end of Glasgow. I can never remember which turnoff from the M77 takes us there and as a result I always come off too early and then have to navigate through the streets to find it again. This time the sat nav took me and I did what it told me and it worked. The last time we were there was in mid-March, just before things got crazy. Then the car park was empty. Today we were fighting for a space. We walked the park, from the north end all the way to the south gate and then down and round the boating pond.
What was it with boating on ponds in Glasgow in the past? Some stretches of water were for rowing boats like Rouken Glen and Hogganfield Loch and some were for model boats like Alexandra Park. Was it something to do with all the ship building going on along the banks of the Clyde? 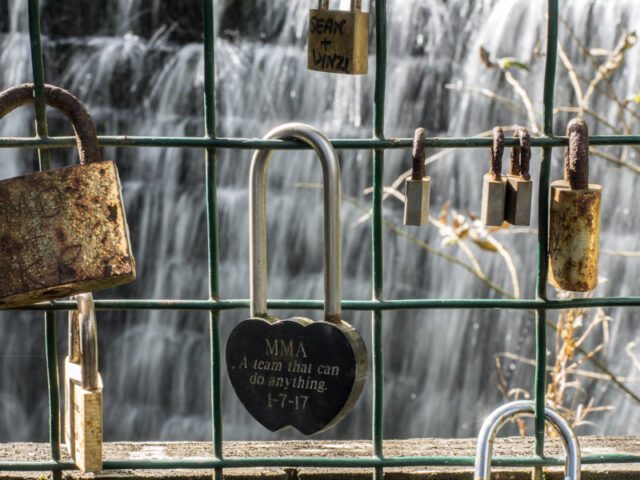 Workies were cutting and trimming trees beside part of the pond so we had to take a diversion that brought us to the waterfall with its collection of padlocks locked onto the railings of the bridge carrying the path over the burn. We walked over and then out onto the rough area where the paths are just that, paths that have been trodden by hundreds, if not thousands of feet over the years. We followed our noses and finally came back to marked paths that took us back to the car park. A decent 7,000 odd steps to add to our total for the day. The tea shop in the Boathouse looked a bit busy and the service in the garden centre was hit and a miss last time, so we just came home and had a home lunch.

Spent the rest of the afternoon assembling the bookcase and filling it with sketchbooks. Unfortunately, it wasn’t quite big enough to accommodate the A4 sketchbooks I’ve been using lately, so I may adapt it a bit to fit them or I may leave it as it is and store them on their long edges with the spines at the top. They are taking up the same amount of room as they would if they were stored like normal books. Too hard to explain in words. I’ll maybe take a photo tomorrow and save the thousand words for my stories.

Scamp made pancakes for dessert tonight with syrup and ice cream. Maple syrup for me! Delicious!!

Tomorrow looks wet. We may go out walking in the rain or we may go for lunch.