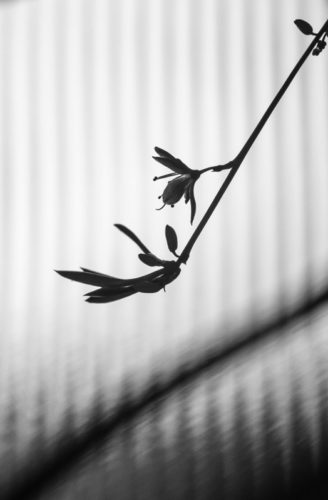 Not really raining, but not really not either. One of those days just made for being lazy.

A day when I did nothing. Well, I made a loaf and hand kneaded it, but that was all the constructive work I did. I flew a couple of planes and added an airport to my world. I didn’t actually make it, I downloaded it and plonked it in place. It’s called Portmoak, and it’s a gliding centre. I did add a couple of huts and a hanger to the airport, because for some reason X-Plane wants me to download some stuff from a Russian site, as if I’m going to do that after Russia trounced Scotland at football the other day. Worse than that it was eleven Russian grannies who beat them.

Watched the Japanese GP and though Verstappen was hard done by at first, but then I have to admit that he’s been guilty of trying the same tactics against others, so he has not right to complain about being run off the circuit.

PoD was taken late in the afternoon and is the flower on a spider plant with the ribbed window of the toilet in the background. Nothing startling, but a neat mono image.

Spoke to JIC on the phone and agreed with him that we really need to get moving. This laziness is getting to be a bad habit. Unfortunately we don’t have Salsa tomorrow because Jamie G is on holiday. 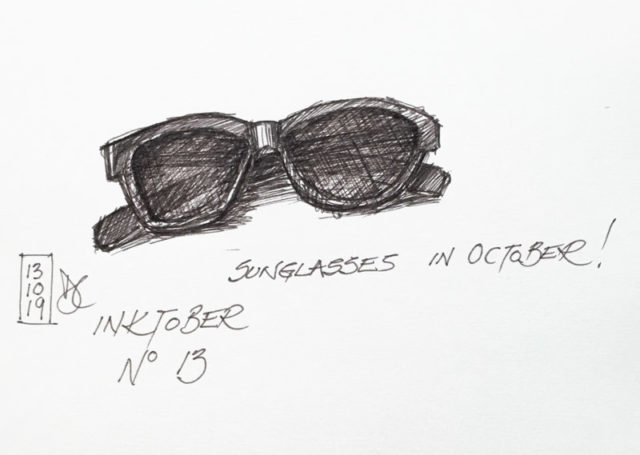 Today’s topic for Inktober was “Sunglasses”. Sunglasses? In October? In Scotland? Almost as bad as butterflies. That’s what you get when you tweak a list that was originally meant for May and make it fit October. Tomorrow’s prompt is “A Rowing Boat”. Not a lot of them in Cumbersheugh.

Tomorrow is a Gems day, so I may start the week with a walk just to get out and about.