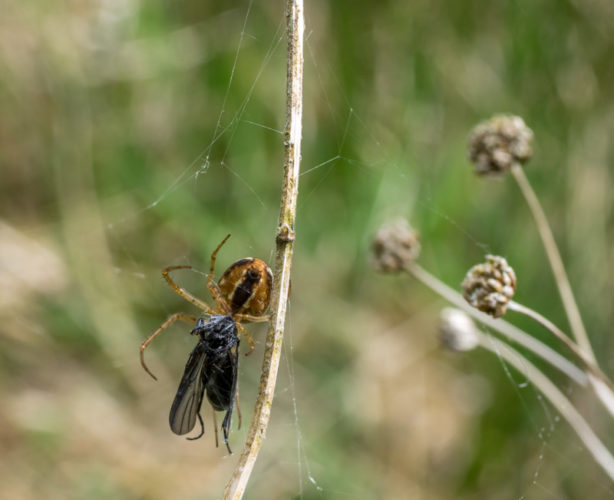 Bit the bullet and called in some help.

Phoned Wheelcraft this morning and spoke to Big Al. Told him what the problem was and he said to bring the wheel in. Once he’d stripped out the ball bearings and cleaned the grease out he spotted a crack in the hub cup. It’s going to need a new hub and the wheel rebuilt. About £50. It’s a good job I didn’t get the cone off, because I’d never have thought of looking for a crack in the cup. He’s just the same as the last time I was there. Social Distancing? I don’t think he’s been listening to Boris or Nick. Three people working in that pokey wee place. Still, he knows what he’s doing and is the only one I’d trust to repair my wheel, even if it’s going to cost a bit more than I’d expected.

Drove back from Clachan of Campsie in an improving day, although there were a few heavy looking clouds hanging around the Campsie Fells as we drove past them. The rain didn’t come, though and the Juke was driving well. It’s amazing that when you’ve been travelling at walking pace for the last four our five weeks, 40mph seem really fast!

Scamp went out to get some stuff for tonight’s dinner and I walked with her part of the way, then veered off to walk round St Mo’s. I was looking for pine cones, because we’ve found that a cat (?) has been crapping in the her sweet pea box and apparently one of the best preventative measures is to cover the box in pine cones because cats don’t like to walk on them. I suppose they are quite jaggy and would hurt the poor pussy’s feet. Me, I wanted to go for land mines, but Scamp wouldn’t have that as the box is too close to the wall of the house. We’ll see how the pine cones work first.

While I was out I got today’s PoD which is a spider wrapping up a little black fly. I felt sorry for the poor fly, but in another shot you can clearly see the hooked claws on its feet. Possibly a robber fly. There are a lot of them about in the late spring and early summer. Anyway of the two shots I kept out of the 14 I took, this was the best. Not the best of a bad lot, but not far off it.

I made Asparagus with Lemon Spaghetti and Peas for dinner and despite the fact that it was very lemony, I quite enjoyed it.

Tomorrow is Saturday, but that’s just a name now. Don’t have any plans