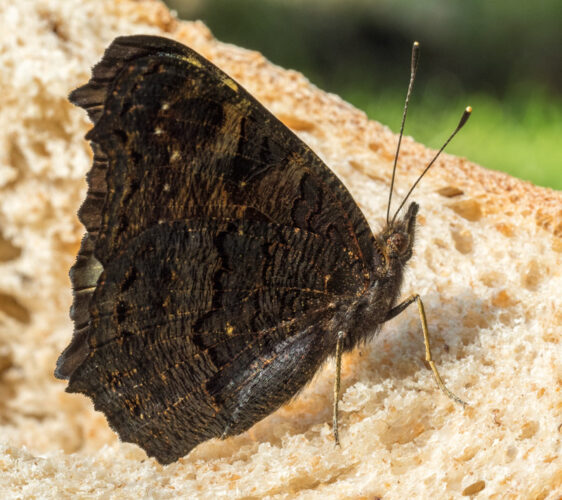 A slow day to start as far as the weather was concerned, but lots to do.

Got an email from the garage with my order form for the new Micra attached. Just a formality really, but at least I now have a proper breakdown of the deal.

Shona had sent a text late in the afternoon, yesterday. Ben had broken the lock on the bathroom door. He likes to play with the water in the bath, but doesn’t realise that it’s running through into the flat below. It was mid June when I was last called to the fix the door and I screwed a hasp on to the door frame and a staple on to the door itself. It seemed ok at the time, but as I predicted at the time, the now twelve year old Ben has demonstrated that he can tear those screws out. I went to B&Q to get a couple of bolts. That meant a bag of bolts, of course. A bag of washers too. As I’d left the house without a screwdriver, I had to add one to the list as well. Unbelievably, the bag of washers which are simple steel discs about 15mm diameter with a hole in the centre was nearly twelve quid! Outrageous, but I needed them for the job. Back at the flat it was a simple job to drill the door, then drill out the staple itself to fit the bolts. Then I assembled the whole thing with a couple of those expensive washers in place and tightened one nut and a lock nut to keep the other nut from breaking in to the bathroom again. If this doesn’t work I’ll have to source a manacle to fit a twelve year old.

Back home the coffee maker was on and my roll was already buttered for me to fill with corned beef. Quite delicious and washed down with a nice strong espresso. Scamp is so good to me. While I’d been out being Bob the Builder, she’d done some washing and had thrown out some stale bread for the birds. Instead of birds, there was a Peacock butterfly perched on the slice of what had been nice Italian bread. I can’t imagine that butterflies eat bread. I took a few pics with two cameras “belts and braces” style. One of them became PoD.

After lunch we walked down to the shops, because Scamp wanted a new stiff broom to sweep the paving stones, because as we all know: A New Broom Sweeps Clean. She seemed happy with the brush and because I was in the mood for drilling holes and driving screws into things, I fixed up a hook on the fence to hold it.

No slide show tonight. This will be a long one, it’s Venice. The main reason we had a balcony cabin last year if the truth be told, and the reason we’d have had one this year if Covid-19 hadn’t reared its ugly head.

Tomorrow we may be going for lunch – to a restaurant!