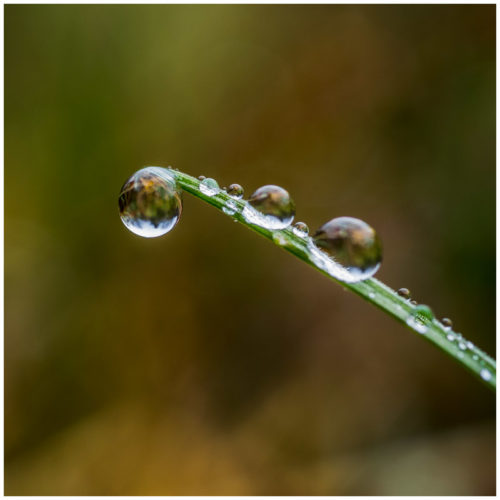 We walked to the shops today, but I broke the rules by going out for a second walk later! Rebel!

We didn’t need much at the shops, which was just as well really. Like Sim has been complaining, no flour to be had anywhere, and of course, no toilet rolls. Well, not at the new shops anyway. They did have milk and they did have pancakes. They also had salt which has been in short supply too, so we got all three. That was about it. Walked back through very fine rain. That terrible wetting rain that just soaks you without you noticing it. It wasn’t cold though, the weather machine said it was over 12ºc for a while, so I gave my big Bergy jacket a rest and took my rainy coat instead. Much more comfortable and a lot lighter than the Bergy with all my odds and ends in the pockets. While we were at the shops, I saw a VW Campervan with two surf boards on top! I kid you not. Where were they off to I wondered? Maybe Tiree to catch some wild waves, or maybe just driving around looking cool.

I made a sort of pizza for lunch. It was the remains of yesterday’s flat bread dough, with some fresh flour, yeast, salt and water added. I think Scamp was right, I should just have made a proper pizza and been done with it. As it turned out, it wasn’t all that great. A bit doughy in places, but excellent in others. Baked it in the microwave using convection oven setting for about 12minutes at 220ºc. I’ve written that so I will remember it the next time I want to make a pizza in the microwave. I might not remember it, but I’ll know where to look to find it. That’s one thing Google has taught me.

After lunch I got itchy feet again and went out looking for something interesting. Yes, I know you’re only supposed to 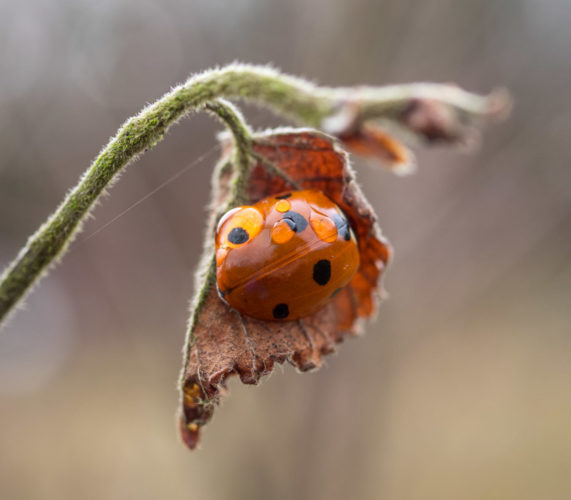 be out ONCE a day for a walk, run, jog or cycle, but I’m a rebel and I was going to tear up the rule book and put it in the bin. I wasn’t going to throw it away, I’m not that much of a rebel. I found a use for all that rain, it gave me a chance to capture today’s PoD. Just a little grass stem holding all those raindrops on its hairy surface. It would only work with that fine rain we’d been having. Heavy rain would have wetted the surface and prevented the surface tension on the raindrop from forming a shield for the enclosed water.
Then when I was coming back, I spotted a little ladybird, the first I’ve seen this year nestling under the cover of a leaf and spotted with raindrops too. Two good subject in one day.

We did a bit of a dance practise later in the afternoon. Waltz Nº1, Waltz Nº2, Quickstep and Foxtrot. Not all perfect, but adequate, considering that this is the first practise of the Isolation. Possibly Jive tomorrow.

No real plans for tomorrow, so if you’re reading this Boris, I don’t expect to be breaking the rules tomorrow. I’ll be a good little prole and not go for more than one walk.