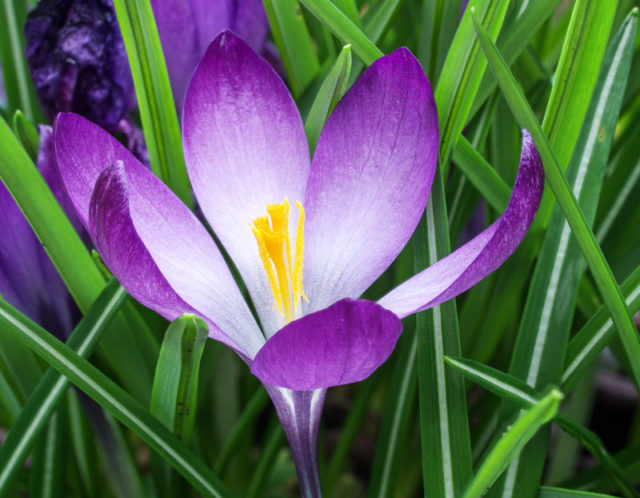 Today is Scamp’s birthday, but because of Covid 19 we stayed at home.

Breakfast in bed for her, and for me. Actually that’s nothing unusual for us. One thing that retirement has taught me is that there’s no need to rush anymore. If it needs done, it will get done. If it didn’t get done, then it wasn’t needing done in the first place. After Scamp opened her parcels and almost choked at the antics of her ‘Dancing Cat’, we both finished the chapters of the books we were reading and got on with the day.

I sewed a torn seam on two of my shirt pockets, caused by stuffing my phone and my glasses in there. After finishing one shirt and starting another I promptly lost the needle and panicked because a lost needle can be a really dangerous thing in a house. You’ve heard the expression “Turned the house upside down” when looking for something? We turned the three seater sofa upside down … and then shook it, but no needle. We hoovered, we tentatively searched between the cushions. Finally, I went upstairs to carefully strip off all the clothes I was wearing to see if the needle had become lodged in them, and that’s when Scamp shouted that she’d found it. It was still tacked into the shirt I had finished repairing. We’d both looked and looked at that shirt without finding it, but there it was. Thank goodness.

By then it was coffee time and after calming down and some discussion we chose to stay at home today. Nobody, but nobody was moving their cars out. Maybe we stayed at home, but that didn’t mean we didn’t go out. Scamp planted out her two boxes of pansies in the front garden. She also did a bit of weeding and some feeding of her plants. She did a bit more pruning of bushes and plants in the back garden too.

<Technospeak>
I must admit I was tempted to go out for a walk, but I thought I’d better obey Boris’s Rules and stay home. So I took the Benbo out to the garden and set up the E-M1 and macro lens on it, turned on ‘focus stacking’ and took some 15 shots of a crocus flower. The focus stacking allows you to take a rapid number of shots, all at slightly incasing focus distances. My aim was to get a set of shots with focus settings from the very front of the nearest petal to the furthest back petal. Eventually I worked out it should be about 9 shots, not 15. Focus stacking works best with a totally still subject, and just as I pressed the shutter button each time, a tiny wee breeze would blow and start to make the crocus nod its head. I finally got the sequence I wanted without the breeze and could pack up and go inside. There I squirted the shots into the piece of software that does the magic and merges the 9 shots into one. The result you see here is what it looks like. It was done using Affinity Photo. Thanks again Hazy!
</Technospeak>

I became so engrossed in this process I forgot that I was making dinner tonight. Carrot & Lentil Curry. A long time favourite of ours. Got it made and left it to keep warm just in time to go and speak to Hazy, Neil-D, JIC, Sim and Vixen. We didn’t actually speak to Tilly and Penny, but we knew they were there too. All through the magic of Zoom™. We were very impressed with the software. Scamp was desperate to show off the Dancing Cat. I think Hazy & Neil-D thought it was funny. JIC & Sim not so much. I could just see JIC mouthing “What the hell is that” or something similar. It didn’t matter, the main thing is Scamp thought it was brilliant!

That was a good day. Curry was good. Flat bread was better and even better still was the orange and rhubarb jelly, which was superb! Best of all was the look on Scamp’s face when the Dancing Cat started his routine this morning!!

Tomorrow? Possibly more of the same, but without Zoom™.