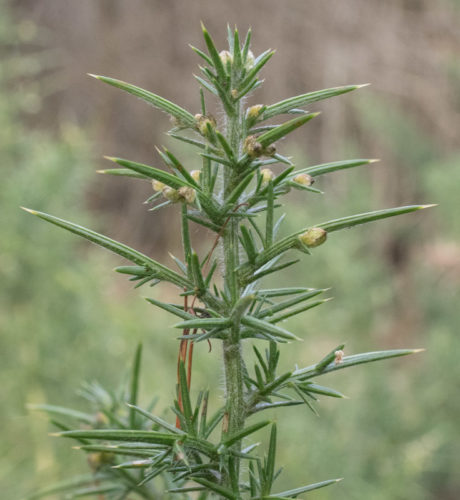 Not just the morning, either. Most of the day was cold at least.

Not a day for doing much. Certainly in the morning at least, not a lot done. Finally agreed to go to the manky Classic Grand (so inaccurately named) for the Salsa Ceilidh. That was about it for the morning.

After lunch I went out to take some photos in St Mo’s and after that I walked down to the shops to get enough stuff to make soup for tonight’s dinner, which was to be Tomato and Red Pepper soup. Well, we’ve had two days of heavy lunches which for me included lots of red meat, so making an effort today to be meat-free was a good idea. Scamp didn’t mind, in fact she was quite like minded and soup was easy and fairly quick to make. We could have a bowl of it before we went out dancing tonight. Soup and Salt ’n’ Pepper bread to dook. Yes, that would do nicely.

The walk to St Mo’s wasn’t the best. There was very little to see and the cold west wind wasn’t conducive to spending a lot of time framing up a shot. PoD was the Whin bush, also known as Gorse, looking really jaggy. Almost making it to PoD was a landscape shot of a beautiful sky. I’ve often faked a sky to look like that. Today I just photographed it. Nice to see that skies like that actually exist outside of someone’s imagination. Speaking of imagination, I’ve an idea for a fantasy shot. I got one of the elements of it today. Really need a starlit sky for the background and although I could just download one, it would be better to create one myself. Must look out some of my old photoshop reference books.

Made the soup when I came back and almost forgot about the dancing tonight. It was a good Sunday Social with lots of folk I haven’t seen for ages turning up. Spoke to Heather and John and wished them well for their trip to Cuba this Tuesday. Seven days with ten hours of dancing tuition booked. Maybe fun, might just be purgatory. We’ll no doubt find out when they return with lots of stories and lots of photos. Really wish we were going!!

Soup was good and will be better tomorrow. Soup always is. As for the rest of tomorrow, well it’s Gems and it’s Ballroom. Hopefully our bits and pieces of practice will have rubbed off some of the rough edges.