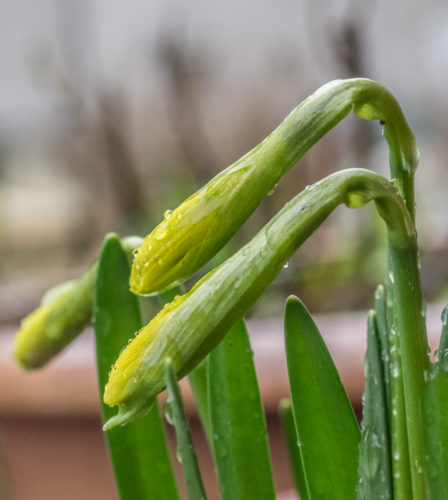 Today we finally went for a curry in Hamiton after I’d been to the doc’s.

Yesterday I got a message  asking me to contact the doctor’s surgery re: the results of my blood test.  I phoned and was told that the doctor had looked at the results and my Haemoglobin level was too high and the nurse wanted to check it.  I made an appointment for this morning and the nurse went over all the results, but never mentioned haemoglobin.  When I queried it, it turned out the receptionist had got mixed up between haemoglobin and haemoglobin – sugar level. Yes, the sugar level was a bit high, but lower than it had been at my last test.  Panic over.  Nothing to worry about.

With that out of the way and another awful day of wind and rain in almost equal quantities we drove to Hamilton for a curry in the Bombay Cottage. Food was as plentiful as always. Starters were obviously freshly cooked but my main tasted a bit like it was a re-heat.  Scamp’s was fine but a bit spicy.  Still, that is just nit picking because this is one of the best Indian restaurants we’ve been to.

Hamilton, as I’ve said before is a bit of a ghost town now, compared to what it used to be like. For that reason and because of the weather we didn’t linger long. Visited Currys on the way home to see how much it would cost for another desktop hard drive for photos. Easy answer, they didn’t have any. Also it seemed to be Union Meeting day with all the sales staff in a huddle round a table, presumably discussing something so important they couldn’t (be bothered to) help customers. And then they complain that on-line shopping is killing the High Street. Hamilton High Street is already dead and buried and the same is about to happen to the retail park.

Back home, a grab shot of some daffs on the doorstep produced an acceptable PoD. SoD topic was ‘Phone’. Since most mobile phones are simply featureless black slabs of glass and plastic, I thought I’d go back a decade and sketch our old house phone. Nice curves and rectangles. Somehow more soul than and Android/Apple glass slab. 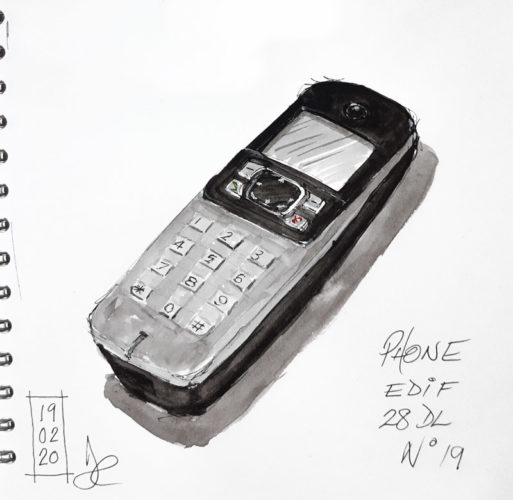 We went dancing tonight in The Weavers in Condorrat. Not the biggest dance floor in the world and probably the strangest shape for one, being a distorted rhombus, Awkward to dance round. Especially so, if like me you are awkward to start with. Made a hash of the Foxtrot which we later put down to the teacher having cut a portion of it out to make it danceable in the space we had. Back home we went over the ‘figures’ again and sorted some of it out.