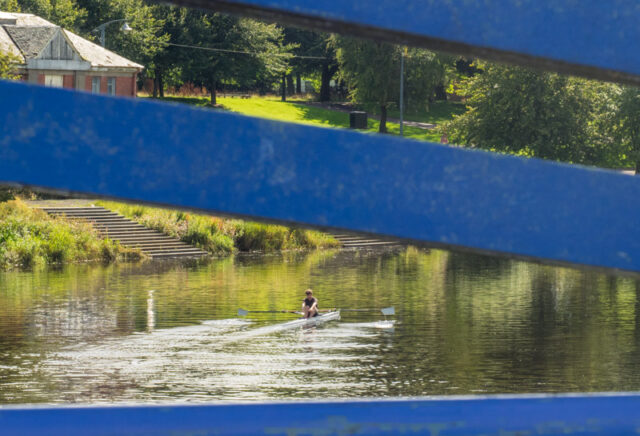 Drove to The Green today, just for a walk.

Drove down to Glasgow Green for a walk in the sunshine. Watched a group of folk practising Hurling or it might have been Shinty, I’m not sure about the the difference between them other than that in one of them the purpose is to maim the opposition and in the other it’s to kill them. Anyway, a crack with one of those sticks would certainly put your lights out for a wee while. A bunch of nutters were gathering to protest about having to wear masks and claiming that this whole Covid thing is just political propaganda. As someone has recently said, “… do they really think that 194 nations have banded together to lie about a pandemic?” Perhaps some of the Hurling/Shinty players could have come over and knocked some sense into them.

Drove home and had lunch. Did a bit of gentle pruning of the rambling rose that divides us from Angela next door. She says she likes the flowers from the rose, even though it gets tangled up in her washing. It badly needed pruning, so that’s what it got today, pruned badly. Fed the chilli plants on the window sills as a few of them are now bearing fruit and need the extra energy from old tomato fertiliser. They don’t seem to mind that it’s about five years past it’s ‘sell by’ date. Just to be sure I fed the remaining leeks and kale in the raised bed and the two, or is it three carrots too. I’ve got a few more in plug trays and think I may just plant them in the now unused Tattie Bag. It might just save them from the carrot fly.  I should add a correction from yesterday’s blog.  The potatoes we planted were Charlottes, not Jersey Royals as reported!

Wasn’t feeling too great because I’d been overindulging eating far too much yesterday, but was considering going cycling because it was such a beautiful day. However I had to give up that idea. Let’s just say I’m much lighter now than I was and as a result had to give up on my idea of a steak for dinner. It ended up being a veg omelette instead. Far better for you I’m told.

Spoke to JIC in the evening and made some plans with him. PoD turned out to be a shot of a single scull on the Clyde taken from the suspension bridge this morning.

That was about it for the day. Tomorrow it looks like rain all day and we have no plans.