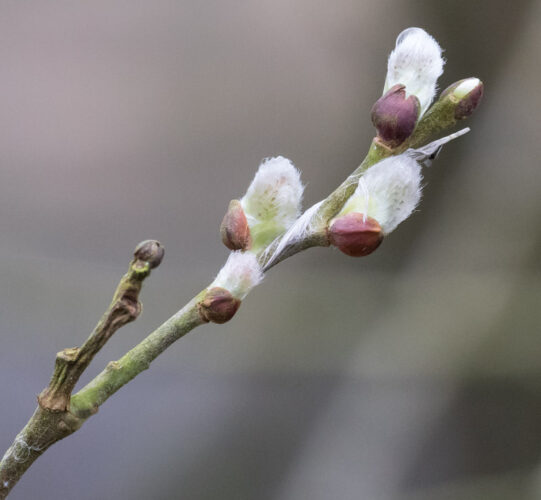 Hundreds of them. All of them, it seemed, busy making more frogs.

The day started wet, but we watched the weather monitor (the birdbath) carefully and eventually when the ripples from the raindrops disappeared, we knew we had a window of dry weather.

Without waiting for second bidding, we were out and walking down to the shops. It’s not a very exciting task, a walk to the shops, but it’s a measure of the boredom we all feel that this everyday occurrence becomes the highlight of the day. The visit was successfully completed and lunch was served.

I went out for a walk after lunch and that’s where I saw the frogs. The pond was bulging with them, all with one thing on their minds, making babies. Well, eventually there will probably little froglets, but the frogspawn was being laid down thickly today. The frogs were too far away for a decent image with the kit lens I had, so I went back to get the long zoom. However, either it or the adapter, or more likely both were having a hissy fit and the lens just wouldn’t autofocus. I gave up in disgust and went back with the macro which is longer than the kit lens, but considerably shorter than the zoom. The result of which is the lack of any good frog photos for PoD. Instead I have promoted the arty photo of some catkins to that spot. Tomorrow, if I get a dry spell, I’m hoping to take the recalcitrant combo of lens and adapter and use them in manual focus mode to grab the shot of the frogs for tomorrow’s PoD. No promises, just a possible work around. One last thought on Frogs before I leave the subject for today: If you’re reading this on computer, you can click on a link on the right hand side for “A Year Ago Today”.  If you navigate from there to the 8th March 2020, you will find how predictable frogs can be.

We had ‘white pasta’ (Fusilli a la Carbonara) for dinner, but on Val’s recommendation, I used Pecorino cheese instead of Parmesan. Scamp said it tasted different but neither better nor worse. I didn’t like it so much as the usual parmesan. Pecorino is much milder and creamier than parmesan. Maybe next time I’ll use a mixture.

Fred phoned me tonight and we talked for an hour or so about various topics including politics and the new comedy series “Drawers Off” where five amateur ‘artists’ take turns at being a partially nude model for the others to paint or draw. Last week was quite interesting, but not quite the quality of art I expected. Tonight’s was just cringe worthy, both Fred and I agreed on that. If you want to see what I mean take a look. It’s only a half hour slot and being at 5.30pm on C4 there’s nothing to scare the horses, except perhaps the final ‘art works’.

Tomorrow looks like wind and rain which might be fine for the frogs, but not so good for the photography. We’ll just have to take it as it comes. Oh yes, and we might hear an announcement from Her Majesty the Nicola about a slight loosening of the rules governing group meeting outdoors.