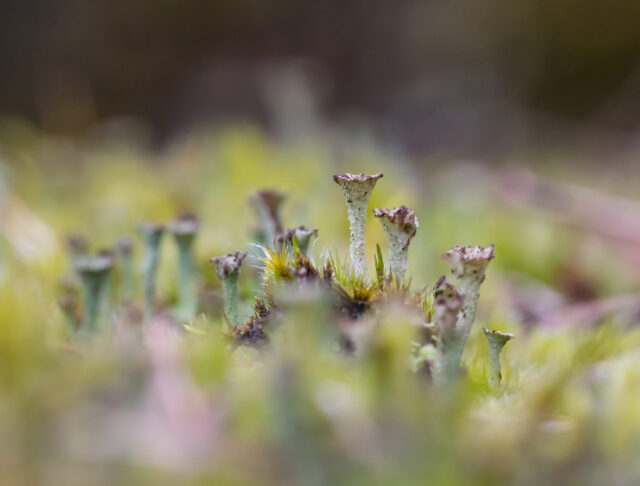 Sunshine in more ways than one.  Then wind and rain later. Typical Scottish weather.

The day was calm for most of the time, but this evening there’s a wind howling around the house. But there was a little sunshine in the afternoon, when Her Majesty the Nicola made her proclamation that groups of four people two households may meet in the open from Friday. Why do we have to wait until Friday? Because Nicola says so, of course!

We didn’t have much to do today and although it was fairly dry there was just the hint that drizzly rain would catch you if you went out. I went out in the afternoon to go for a circuit or two of St Mo’s and then extend the walk in the direction of the shops to get some veg for tonight’s dinner.

I had read some suggestions for the Tamron long zoom’s problems. It appears the drive motor in the camera may be failing, which would account for the squeal that comes from it when I switch on. I’m not sure if that’s the reason or not. I’m thinking it might be more a fault in the adapter. It was a real cheapo one and not very well quoted. However, another old lens I have, a Sigma works quite happily with the adapter. Also, and probably the most telling, is the number of repair tutorials on YouTube for that lens. My plan now is to visit Val and get him to try it on the old Nikon D70 he has. If the lens works on that, it’s the adapter that’s at fault and I can happily sell it. If it doesn’t work on the D70 it’s probably the lens that’s at fault and I might as well bin it. It’s costing me nothing just now, so I’ll leave it be for a while.

So, off I went to visit the frogs again today armed with the new Sigma macro which worked quite well yesterday, but as backup I carried my old Oly M1 with a 200mm lens. I got a few shots of the cavorting frogs with both cameras. In the end it was a picture of some Cladonia lichen that got PoD, but because you are such patient and devoted readers, here’s my favourite frog pic of the day. I called it “The Voyeurs.” 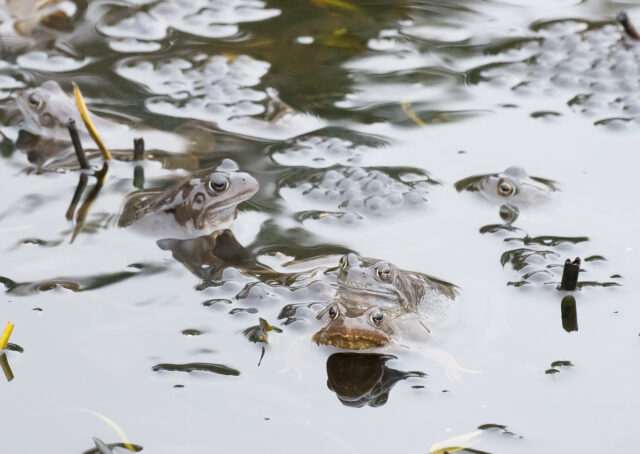 Dinner tonight was a stir fry and I enjoyed it, but it had egg noodles in it and Scamp doesn’t like noodles, preferring rice. My fault. I bought the noodles.

We watched another excruciating episode of Drawers Off tonight. I may have to give up on this week’s episodes. None of the participants have the faintest idea how structure a painting. I realise it’s ‘edutainment’, but it should have at least one foot in reality.

Tomorrow we have an early(ish) rise because we’re off, illegally crossing county boundaries so I can hopefully get the horn on my car fixed at the Nissan garage, with the possibility of a little drop-in at Waitrose on the way home, because we’re almost there anyway.