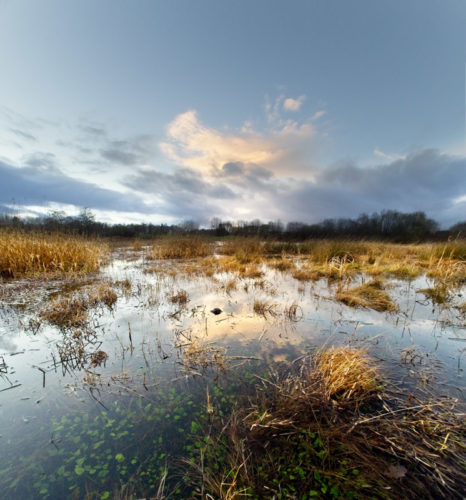 That’s about all we got today. Took the opportunity and said thank you very much.

Today’s weather didn’t appear to be fierce enough to qualify for a name, but it was a bit windy and a lot wet. Drove Scamp to the train station for her expedition into the heart of a Glasgow Christmas. Do you know, yesterday I used the word ‘sortie’ to describe today’s visit. Last night, when I was reading the blog entry for the 29th November 2017, I discovered that I’d used exactly the same word for exactly the same visit! A creature of habit, that’s me. After dropping Scamp off at the station in the rain, I drove to Tesco to get some veg for tonight’s dinner which was going to be Aloo Saag, but later changed to Paella.

Back home I’d intended tidying up the bedroom (again). Again, it didn’t happen. Got a phone call from the Environmental Health to say that the Rodent Investigator would call on Tuesday. That should give me plenty of time to tidy that room … perhaps!

In the afternoon, I decided that Paella would be a lot easier to make than Aloo Saag, so I drove to Kilsyth to get the makings. Waiting to pay at the till Scamp texted to say she was on the way home by train. Luckily the station is on the road home, so I just managed to get there before the train arrived in the rain. From just after 10am until about 2.30pm the rain had been doing its best to make life miserable in the central belt of Scotland. After we drove home the sun came out. I didn’t want to miss the opportunity and grabbed my camera bag, put on my leaky boots and walked over to St Mo’s. Caught a nice bit of blue sky with fluffy clouds and just a hint of sunshine. The rest of the sunshine, my dear readers is fake, but it looks the part and it the photo became PoD!

That about sums today up. It rained, then for half an hour the sun shone weakly before setting.

Tomorrow we may go shopping in Stirling. What fun!