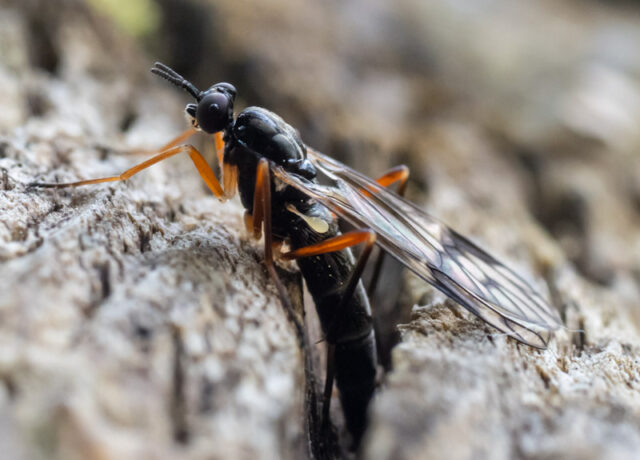 Out looking for compost and a pot.

Such exciting lives we lead sometimes. What could be a more satisfying thing to do on a Saturday afternoon that taking a trip to the garden centre for a bag of ericaceous compost and a chance to compare the size, shape and price of different plant pots. In the end we did buy the compost, but passed on the pots, judging them no better than the one we’d bought earlier in the week. For once we were totally focused on the task in hand and didn’t really look at the plants on sale, we just bought the compost and went home.

It was a was a warm day and I just knew Scamp would want to get the new rhododendron planted in its slightly acidic compost. I, on the other hand wanted to have a look for some damsels or even some dragons. It was warm enough to wear a pair of shorts instead of jeans and that’s what I did. I walked over to St Mo’s, but there were no damsels or dragons to be seen. I took some photos of hawthorn blossom before I found what would be PoD. It was a little black fly crawling about on a tree trunk. I’m guessing it’s a Wasp Fly of some description, but I was struck by its strange eyes. The compound eye seems to have a simple eye in the middle of it. Since it’s on Flickr, someone will probably be able to ID it for me. Anyway, it got PoD.

Came back and Scamp was putting the final touches to the planting and was trying to water the rhododendron in, but something was blocking the watering can. She cleaned the rose from the watering can but that didn’t help, then she found that something was stuck in the spout. After prodding it with a garden cane, out popped a snail, complete with shell. How it managed to climb into the watering can and get stuck in the spout we’ll never know. I thought it was only Incy Wincy Spider who did things like that!

After dinner we watched a Baku F1 GP qualifying session with more than its fair share of crashes. Everyone seemed to want to throw their million pound race cars into the barriers today … and that was just the qualifying! What will the actual race be like, tomorrow?

Since we had missed last week’s dance practise, we though we should do a walk through of what we’ve learned so far, and we have learned quite a lot. Tonight we walked through two different waltz routines, a rumba, a tango and a cha-cha. We sort of walked through the first part of the foxtrot too, but couldn’t remember or agree on the first five or six steps. Hopefully it will all become clear tomorrow.

My weather app on my phone has been promising rain today for most of the week. It was apparently going to start at 4pm. They got it wrong by almost an hour. Just after 4.45 the first raindrops hit the window. It turned to hail for a time and then went back to rain again. It didn’t last all that long, but it did mean we didn’t have to water the garden, so the snail will be relieved.

Tomorrow seems like a better day and if the weather app is as accurate as it was today we may get out for a walk.