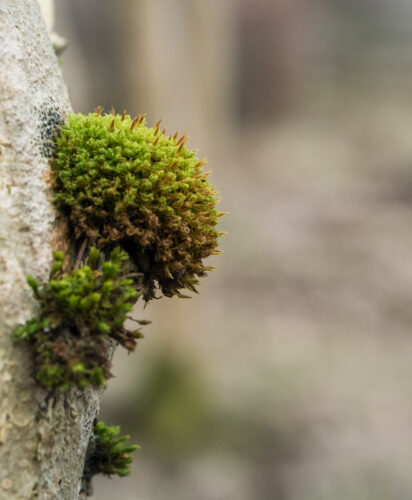 Not real snow. Not flakes of snow or blizzards, but what my mum used to call ‘Piling Snow’.

Piling snow is more like hail than snow. It’s usually the precursor to ‘real’ snow, but not today. Today it was just piling snow all day. Like little soft pills of snow. Not hard like hail, but soft and spongy like those little expanded polystyrene balls that get everywhere. Piling snow gets everywhere too, probably because it’s solid enough to bounce off the leaves of plants and soft enough not to break up when it lands. Strange stuff and it was there on the wind almost all day.

I eventually bowed to the inevitable and went for a walk in St Mo’s, but not before I made my bread from the Bread Baking Club, a present from my son and his wife. This bread was “Honey Wheat Baguettes”. Strange dough made from two types of flour, chocolate powder, coffee powder, dark brown sugar, honey, salt, butter and yeast. With it mixed, kneaded and proving I set off, wrapped up like Nanook of the North. I’d not idea what I was going to photograph today. With a cold east wind and the snow piling around me I did my best to find something interesting, but the best I could find was a little blob of moss on a tree trunk. I liked the colour and the detail in the tiny baby flowers. I also found an almost abstract collection of snow and ice on another bit of moss. The tree trunk moss won PoD the other is on Flickr if you’re interested. 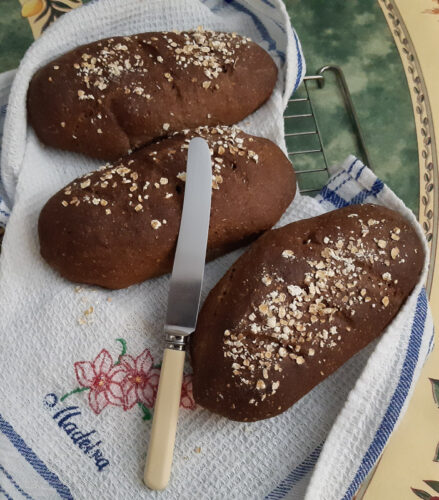 Back home I baked the bread rolls in the oven once the chicken was roasted. The chicken looked delicious and it was. The nascent bread looked disgusting. I won’t tell you what it looked like! However, miracles do happen. They did happen in this case and the batch of rolls turned out very nice. Good texture and interesting taste. Even Scamp agreed and she doesn’t like honey.

Dancing class tonight was Mambo, Rumba and Jive with a bit of sequence Quickstep thrown in for good measure. Not bad in sixty minutes! We did a lot better this week, evidence that practise pays off, as does patience from Scamp. Thank you dear!

Spoke to JIC later on the phone and heard about his long term plans which sound interesting to say the least. Also, it’s even colder down south than up here. 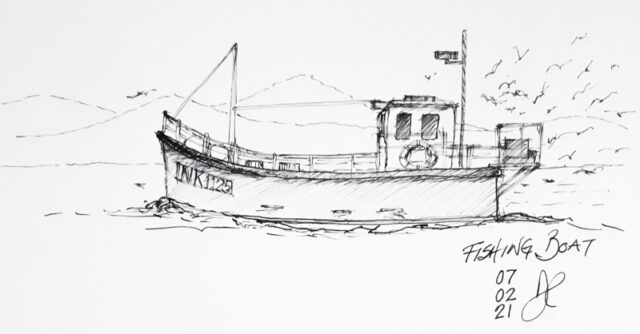 Sketch for today was “Fishing Boat”. I’m not a very nautical person. The nearest I’ve come to a fishing boat was cod fishing on a wee boat from Troon many, many years ago. However thanks to Wikipedia image searches, I present to you the good ship INK 1125 sailing from a port near you … wherever you are.

That was about it for today. Hopefully the weather will get its act together by tomorrow and decide if it’s going to snow or not. Personally I’d prefer Not, but I don’t get to choose. We’ll take what we get.