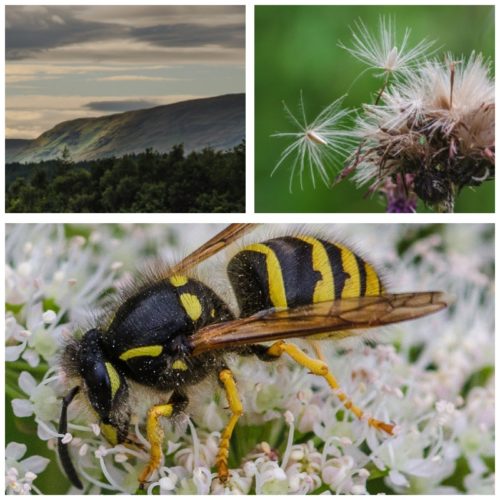 <Technospeak>
The Capitan in question was operating system OSX 10.11 for the Mac. Apparently, it will be the last Mac operating system named OSX. The next one will be ‘macOS’. For me it lacks a little something. I presume it will be operating system eleven and OSXI didn’t look as good as OSX. Even worse, the next operating system, codename Sierra will not work in my 2009 Mac Book Pro. My old HP netbook of 2004 vintage will (un)happily run Windows 10, the latest Mickysoft offering. It works on it, very slowly granted, but it does work. Apple are far too sneaky to allow that on their ‘puters and phones. I’m not sure whether it’s a good idea or not. Certainly it exemplifies all that’s bad in Built-In Obsolescence, but what’s the point of installing an OS that will be up to date, but will make your computer run like a slug. Also, at least Apple allow you to download and install each new OS free of charge until you reach the limit of your hardware, something that Mickysoft has only just cottoned on to.

Sooo, last week I downloaded the latest OS for my 2009 MBP, El Capitan. For those without an interest in geography, El Capitan is a mountain in Yosemite National Park. Yosemite was also a recent Mac OS. Sierra, the next OS probably refers to the Sierra Nevada mountain range. Are we sensing the thread of a theme here? The names may sound tacky, but don’t they sound much more interesting than Windows 8.1 (codename “Lemon”) or Windows 10 (codename “A slight improvement”). But I digress.
Like I said earlier, last week I downloaded my installer for OSX10.11 and today after struggling with bootable USB drives, re-partitioned external hard drives and a whole lot of other jargon, about four hours later, I had a working, easily removable installation of the eponymous El Capitan. It was OK. That’s about it. No great flaws, no great improvements over the OSX10.8 I’ve been running for the last couple of years. I’ve tried it now. If the time comes when I have to run it, I’ll not be too fussed about installing it properly, but for now 10.8 does everything I need, and more. The best thing about it is that I know a lot of tweaks and ‘John Wayne Dance Steps‘ to quote Tom Paxton. I have no need to upgrade to the latest and greatest. Thanks for the free upgrade Apple, but not for me at the present time.
</Technospeak>

Didn’t do much else today, well, four hours of the day had gone and I hadn’t even been past the door. I did go for a walk round St Mo’s to get some beastie photos – that may sound rude and a bit dodgy, but basically they are photos of insects, macros, close-ups. Like the wasp in the mosaic above (click it to link to the photos in Flickr). While I was walking I was watching the light glancing off the Campsie Fells. That little spot of light really lit up the hills that can look great one minute and quite foreboding the next.

Dinner for me tonight was a home made burger, made from scratch. Minced the beef myself and made the burger from that. It wasn’t the best. It needs some tweaking. More chillies and more egg to bind it. A pinch more salt and maybe, just maybe, a drop or two of Trinny Pepper Sauce. That will give it a bite. It’s a work in progress, but the basics are there.