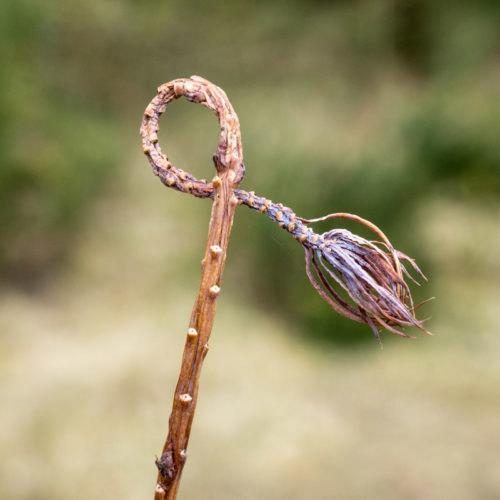 Just brushing it on the front sills mainly. Oh yes, and some oil work too.

Scrubbed off yesterday’s paint from the back window of the living room. It flaked off really easily, so it wouldn’t have lasted very well. Gave it a new coat of that lovely rusty brown acrylic. I was actually wondering if I could use it as a primer for oil painting. The sand in the paint would give an interesting texture. But that was for another day. Today wasn’t nearly as warm as yesterday, so I got the jacket on and started scraping the front bedroom sills. They were a totally different colour from the back, so I suspect they hadn’t been painted as recently as the back. Lots of lichen on the concrete which was another indicator of the age of the paint. Slapped a relatively quick coat on them as it felt like there was just the hint of rain on the breeze. Next was the back bedroom and it was really flaky. Another quick coat. The tiny wee bathroom sill was last to be done because it’s such an awkward window to open fully and even then, you don’t have much room to work, but it was scraped, dusted and painted and we were good to go before the rain. In fact the rain didn’t materialise, it just drifted by on the gentle western breeze, cold breeze.

After the left overs from yesterday’s main courses (‘Rats’ for Scamp, stew for me) warmed up for lunch, we both went for a walk in St Mo’s. Still lots of people walking round the pond just to be out and about getting some exercise and some fresh air. I grabbed a shot of the larch flowers I’d seen yesterday and although the light wasn’t as good today, the photos were. One of them made PoD. Walked to Condorrat to get some chicken burgers, fresh chicken, some stew and some black pudding. Just to see how good the meat was. The Chicken Stir Fry was sold out.

Back home and after I’d confirmed that my shots had worked, Scamp started preparing dinner which was a roast chicken. I went and tackled the tree in the oil painting I’d been working on for the past few days. I’d sketched part of it in last night, but wasn’t really happy with it. Today was much better, probably because I stuck to the maxim Paint What You See, rather than what you think it should look like. Roast Chicken, roast veg and baked potato smells were calling from downstairs and I had to wash out the brushes and leave it for a while to go and eat.

Tonight, after the Portrait Artist of the Year produced a dire painting of Nile Rodgers, I went upstairs, finished the tree and signed the painting. I will do no more to it. 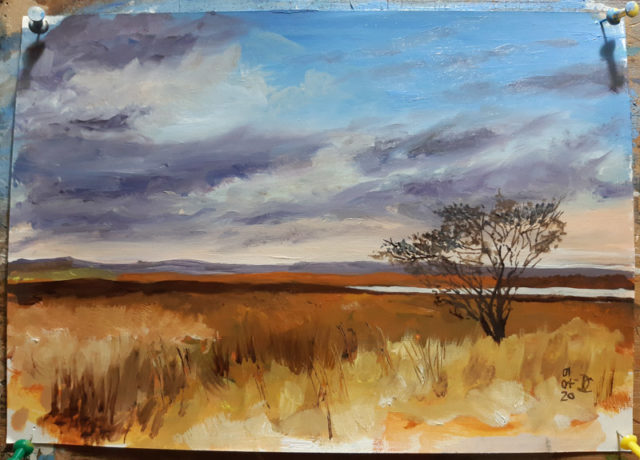 That was it for the day. Funniest thing was an April 1st joke on Facebook to the effect that as part of the Covid 19 precautions, Nicola Sturgeon had banned the sale of alcohol from midnight tonight. It shows how gullible we’ve become, because Scamp and I simply accepted it as verbatim! But then, it’s the sort of thing Nick the Chick would do, just to annoy folk!

No plans for tomorrow. Is there ever, these days?