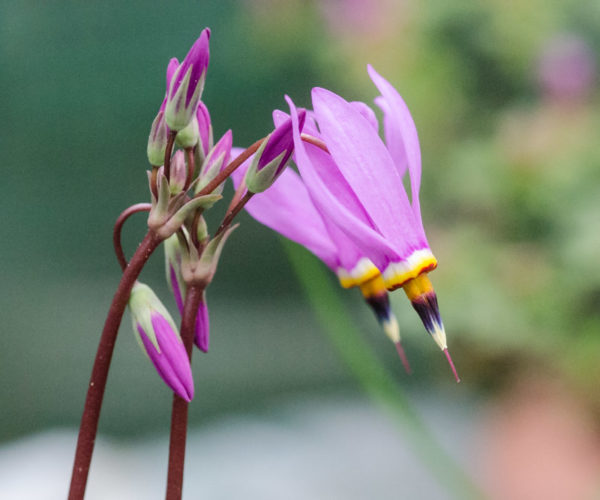 Up and out to take Scamp’s Micra to the garage for MOT.

Back for breakfast and a plan for the day. I’d thought of going to Hamilton for a curry and maybe a visit to the art shop. Scamp had other ideas. She’d found a shop in Falkirk that had the rotary clothes airer (Whirly) she wanted. No problem, there’s a shop called The Range that sells cheap art materials. So, off we went to Falkirk.

The satnav found the shop even after disagreeing with my initial change of route. Scamp found the whirly and we were soon trying to inveigle it into the Juke. Finally it fitted, but only after we dropped both the back seats and Scamp moved her seat a notch forward. I had a look in The Range, but the paints I was looking for weren’t really all that cheap, just cheap looking. I had a look in Boots and Argos for a new electric razor, but couldn’t decide which one. So back we went to Cumbersheugh.

Scamp wanted a new planter (or two) for here sweet peas and also for anything that would fit into the other one. She also picked up this week’s plant which has blue flowers and an unpronounceable name. Next stop was B&Q to find out if they had any Impatiens, pink ones. They did, which brought another smile to her face. While we were plant shopping I got the phone call from the garage that the car would fail because of a broken front spring. Agreed to the price and told them to go ahead.

We were passing the new(ish) Milano cafe and stopped there for lunch. Lunch was a pizza each. Initial thoughts were that it was little more than a transport cafe, but one look at the pizza was enough to convince us otherwise. Very nice pizzas. Worth another visit.

Back home we chose a place for the new whirly and with a spade I decided ‘X’ marked the spot and started to hammer the 400mm long galvanised steel holder into the back garden grass. It wasn’t as difficult as it first appeared, but a lot more difficult than the instructions implied. Wish I’d brought that big lump hammer back from school over four years ago. It would have made short work things. We assembled the dryer and it’s still standing after having helped dry some sheets. It isn’t exactly vertical, but it hasn’t fallen down yet which the clothes pole is about to do. That could be my next task, to hacksaw down the clothes pole. But that’s for another day.

I thought I had enough time to go for a walk before we went for the car, but I was wrong. I’d only been out for about 15 minutes when the call came in. Rushed back and drove Scamp down to the garage to pick up her wee car.

Gave up on the walk to take photos and settled for a shot of the American Cowslip I got in Skye last year about this time. It completely died away last year and I was sure it was gone, but then Scamp announced a few weeks ago that she thought it was growing. It’s now flowering and we may have to re-pot it once its flowers have gone. Such a pretty and strange wee flower. That became PoD. 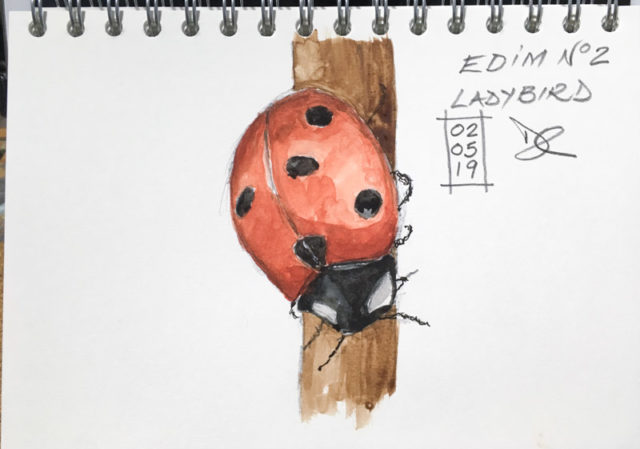 The topic for today’s EDiM sketch/painting was “An insect you would miss” and my insect was a Ladybird. It’s ok. It could have been better if I hadn’t left it so long to start working on it. Tomorrow will be better.

Found out that my old electric razor still had a charge in it. Even better I found the charger too. It still works but is a bit rough on the skin. I found a label on it that told me I should change the cutter and foil every 18 months. I though it was every 18 years!

Tomorrow we’re hoping to go for a curry in Hamilton.