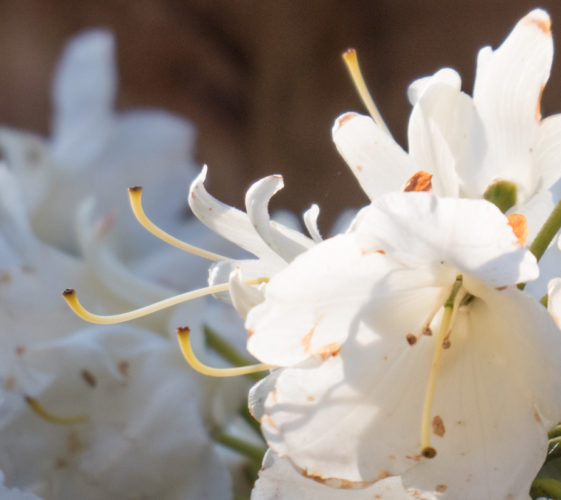 Scamp wasn’t at her best today.  In fact, she was so poorly, she made an appointment with the doctor for next week.  Unheard of.

So, it was on with the nurse’s uniform for me and a chance to fetch and carry for her.  A chance too, to pay her back for all the times she looks after me.  Thankfully by lunchtime she was on her feet and managed to put away a couple of slices of toast.  I’d have blamed last night’s chicken and strozzapreti pasta, but if anyone was going to have a hard time because of it, it would have been me with my famous dodgy insides.

I went out for a while in the afternoon to get some stuff for dinner and hopefully some photos.  Some hope.  Nothing remotely interesting flitted through my head, so I came home empty handed of photos, but with the makings of dinner.  Such a shame on a beautiful June day.

After the dodgiest chicken pie I’ve had the misfortune to eat ( Waitrose, you should be ashamed of yourselves), I took some photos in the garden and that’s where today’s PoD came from.  I also sat on the back step in the evening sun and sketched the old Rowan tree in the garden with a couple of old flower pots sitting at its base.  I think the Graphik 0.1mm pen I used is on its last legs, because the lines were becoming fainter and fainter the further I got.  I was thinking about changing to the Uni Pin pen anyway.  The result is below.

Don’t know what we’re doing tomorrow, it depends on Scamp. 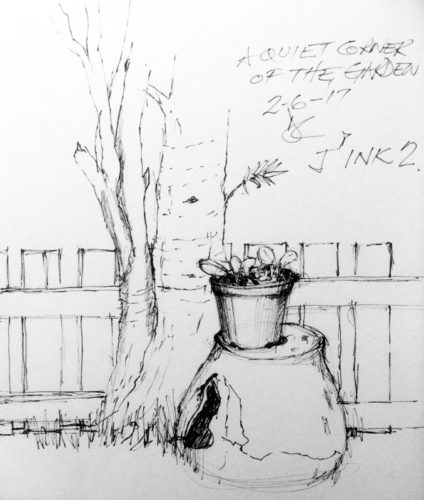