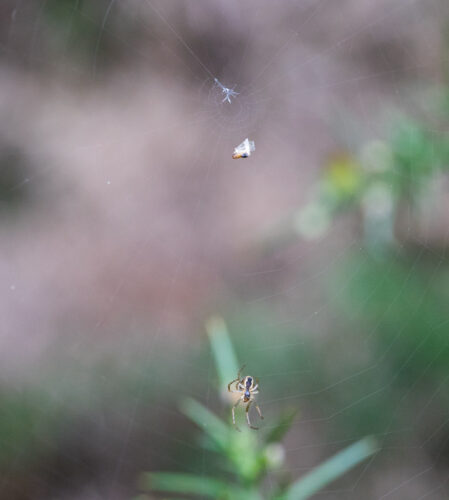 Today we were off to the capital city of North Lanarkshire. Motherwell.

Another bright morning encouraged us to get up and go. This time we were going to see where the ‘Supercentre’ for vaccination in North Lanarkshire was and how long it would take to get there. I used to work near where this giant sports centre is now. Then it was a massive steelworks, the biggest steel mill in Europe. On cold mornings in winter, in a cold bus and latterly on my motorbike travelling up Newarthill Road I could look over to ‘The Craig” and see the wagons tipping red hot slag into the slag heaps. It looked like lava coming from a volcano and actually lit up the sky. I wish I’d taken the time to grab some photos of that, but never did. Now it’s been razed to the ground and houses are being built on it. I wonder if the house owners know what chemicals lie under their new homes. This is where NHS Lanarkshire have sited their ‘Supercentre’. It is the strangest looking building. From outside it looks exactly like a stack of partly tumbled dominoes. We just drove past today, but lots of people were there and the car park looked pretty full. We just turned at the end of the road and drove home. Fifty minute round trip with sourdough toast and beans as lunch when we got home.

I was expecting a delivery from Amazon on Wednesday, but after lunch that little spoiler, Alexa reported that a delivery was arriving today. No idea when. Also we had a Tesco delivery scheduled for today, but no notification from them about a delivery time. Unusual for Tesco – par for the course with Amazon. To give me something to do, I used my blower brush to remove the last little bit of dust from the camera’s sensor. Yes, I know it won’t be the last, but I felt better for getting rid of it.

The postman dropped a blue box through the letterbox. My latest Baking Club kit. This one is for Cheese & Garlic Tear and Share. Sounds good and a bit less complicated than the last one. Thanks again JIC & Sim.

The Tesco delivery arrived about halfway through their promised delivery window, immediately followed by the Amazon man. He was delivering patches to repair my Goretex jackets, both of which have a few rips now. Looks simple enough to fix, but we’ll see how long they last. That left just enough sunlight to get half an hour in St Mo’s for some photos before it got too dark.

Today’s PoD came from that visit to St Mo’s. A little spider with his dinner wrapped up neatly, ready for the larder. I had gone looking for Larch Pineapples which are actually called Larch Roses. I thought I’d seen some yesterday, but what I’d seen were the male flowers, the Pollen Cones. Must go back next week to see if any of the female flowers, which will hopefully turn into pine cones, have appeared.

Watched another in the series of Drawers Off. For some reason they have at least four artists who know which end of the paintbrush to use. Not like the last lot. They were only interested in getting their faces seen on the telly. This is only the first of the week, there’s plenty of time for them to screw up.

Felt sorry for Strathclyde Uni just not quite good enough to get through to the semifinals of University Challenge. Maybe next year.

Tomorrow looks like a decent day, so we may go for a longer walk somewhere.