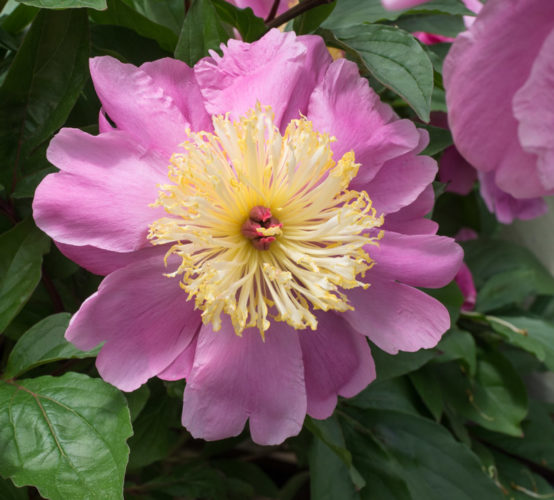 The weather wasn’t very promising, but we just had to get out of the house.

Drove to Torwood Garden Centre to get a pot for Scamp’s new rose. Ended up with a boot full of plants, compost and other ‘essentials’ Plus the back foot well was also being used as secondary storage. We did manage to leave some stuff at the garden centre for other folk, but not a lot. I shouldn’t complain because I got some leek plants and some chard which we did have seeds for, but were too late to sow this year.

Interesting to see their method for limiting the number of folk in the centre. Torwood is the best organised I’ve seen so far. You need to take a trolley in to the shop, you can’t go in without one. They have 30 trolleys and a maximum of two people can go in with one trolley. That way they limit the number of people in the place to a maximum of 60 at any one time. Check out is so much better than Calders. Torwood have two tills running and no big long queue. The path to the tills is clearly marked and when you get there, every step in the process is calculated and run with military precision. I was impressed.

We had bought a longer hose and back home, after lunch I assembled it. It was a lot more complicated than our old one and it gave us both a headache trying to roll it back into the carrier without any kinks. I think we’ve managed it, but it won’t be needed for a while because it rained nearly all day. This is only the start of the deluges according to the weather fairies, but we shouldn’t complain after all the hot sunny days.

Dinner tonight was Thai Chicken Stir Fry from the Muirhead butchers, but I made a mess of cooking it and it ended up too dry. I tried to blame Scamp, but we both knew it was my own fault.

PoD was a flower we saw at Torwood. It’s a Paeonia Patio ‘Kiev’. Too big and showy for Scamp and she’s probably right. It wasn’t a day for taking pictures. Sunny then wet then sunny …

Hoping against hope that the weather fairies will have got it wrong and tomorrow will be dry and sunny.