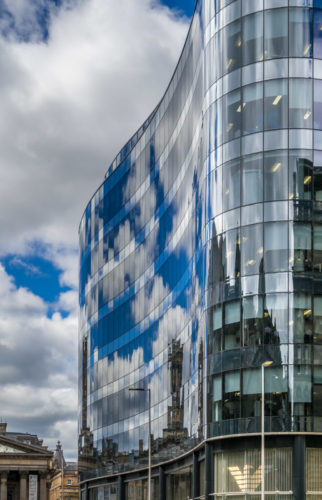 Well, almost. More like a private lesson for the normal price.

Because Wednesdays are such a rush, in the morning I got started on the sketch for the day. I’d taken a photo of the playpark last week and only had to transfer it to the tablet upstairs using Dropbox. While I was drawing, the gardener was planting in the new bed under the back window. Her final decision was to plant the green spotty plant and a couple of others in the space we had, then add some lower level primulas which we had split up yesterday. By the time she was finished, I had laid down the ink outline and it was lunch time. When I checked my email I found that Jamie G would be in Embra today. That would put paid to Salsa tonight.

After lunch we drove in to Glasgow to dance some Jive. It turned out that we were the only couple there for our level and had Michael’s undivided attention, which meant he’d catch every mistake we made, and we made a few. However, although we didn’t learn any new moves, we cleared up and cleaned up a lot of the ones we did know. Quickstep followed Jive and the same thing happened. Little things that we knew we were doing wrong were spotted and corrected. We’ve a lot of practise ahead of us this week. 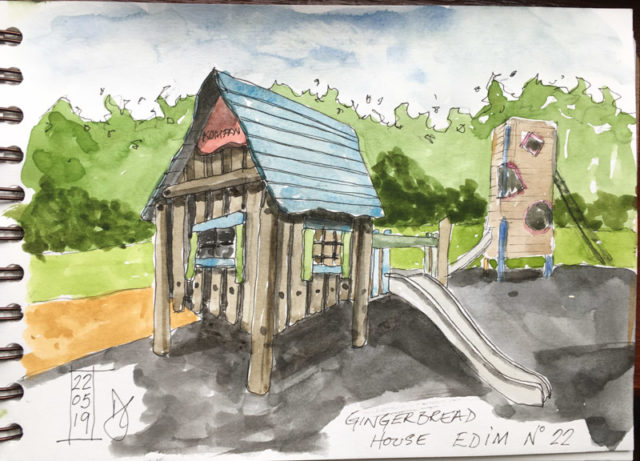 Back home I started adding colour to the sketch and although it looks ok, it’s not as fresh as it could be. Overworked, I think. It was after dinner time when I checked on Facebook that I found the update from Jamie G to say that he’d make it back for class after all. That was a bummer, especially as there isn’t a class on Monday because of the bank holiday. That means our next class will be next Wednesday. Oh well, these things happen.

Tomorrow Scamp is meeting Shona for coffee and then I think we may go out for lunch.