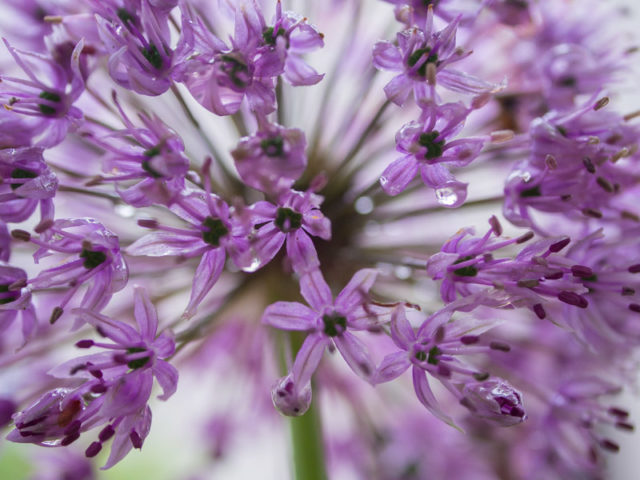 Drove in to Glasgow through some torrential rain to find that there were only four of us, just two couples. We had a whole hour with teacher Ann Marie while the other couple had one of the experts, Heather. The great thing about Ann Marie is that she asks you what you want to do and then goes over that in detail. So, not only a private lesson, but an own design private lesson. We went over some of the Jive steps that were bugging us and then we ironed out my problems with the fish-tails and running steps in Quickstep. We also learned the Two Handed Cuff and improved on our Bumps in Jive. Came home after a coffee in Nero to give us some time to review the lesson.

Later in the afternoon I took a couple of cameras over to St Mo’s and everything fell apart. Not only did the camera start to vastly over-expose, but then it got itself stuck in electronic shutter mode and wouldn’t come back out again. Nothing I did would make it work. It all started when I stuck on the Samyang 7.5mm and the image started shaking and jumping in the viewfinder. After that, nothing would work again. Eventually I gave up and came home. Finally got it to do a full reset, after which it was back to normal and working well. I think the Samyang had messed with one of the esoteric settings I’d set up over the last week and the full reset put everything back to normal. Scary time though. I had visions of an irate phone call to Brighton followed by parcelling up the new ‘Toy off the Rack’ and sending back. Neither of these are now necessary … I hope. We’ll see what happens tomorrow.  So, no PoD from that visit to St Mo’s, but luckily I’d taken a walk around the block earlier in the day and got a couple of shots of Scamp’s alliums from the path at the back of the house and that’s what achieved PoD. 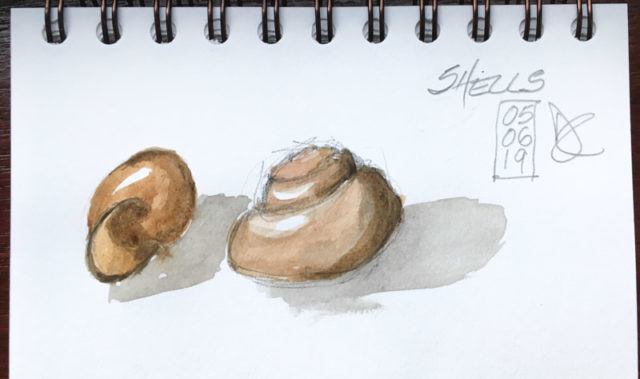 After the drama of the camera, I did some painting. Today’s challenge was meant to be Seashells, but the only shells I could find were snail’s shells, so that was what I painted. Even worse was that I only could find one shell, so it was one shell in two positions. Tomorrow’s target is Something Shiny.

It’s been a day of mixed weather.  Occasional sunny spells and occasional heavy rain showers, but for the most part it’s just been plain dull with heavy clouds.  Hopefully it will be better tomorrow.

No Salsa tonight because teacher Jamie is still down in deepest England doing sciency things at a science festival.

Out early tomorrow to give a few drops of blood to be sent over to Monklands hospital for checking by the consultant. Nothing else planned.